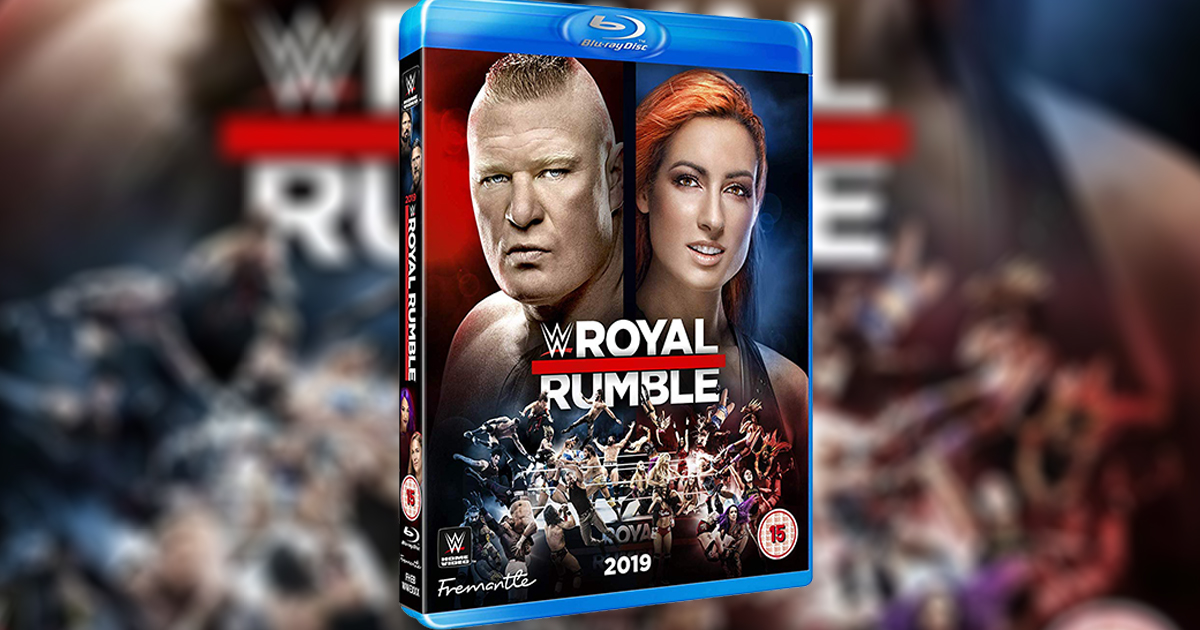 There are those events during the annual wrestling calendar that I always look forward to, events that shine and sparkle just that much more and appeal on a higher level. Since the first time I saw a Royal Rumble event back in 1992 until now, Royal Rumble is easily one of my very favourite pay-per-views of the year. I always love the chance to see more of my favourite superstars, and the show always seems to feel big, important, vital to the coming months of the company. It is, after all, the first step on the Road to WrestleMania!

These days we’re spoilt, as fans, because we don’t just get one Royal Rumble match now, but we get two, with the implementation in 2018 of a 30 Woman Royal Rumble match as well as the traditional Men’s match. As a big fan of women’s wrestling, it just add’s an extra appeal to the show now, a chance to see a bunch of intriguing matches and on top of that, 60 men and women going out there in their Royal Rumble encounters. That’s a lot of wrestlers, a lot of superstars, and it’s a blast.

2019 felt big because of the story involving “The Man” Becky Lynch’s rise as one of the most popular stars in WWE. Her popularity hitting the roof every time she hit the ring, we went into Royal Rumble 2019 with Becky booked in a match against the Smackdown Women’s Champion, Asuka. These two women are incredibly talented, and the match they had was very enjoyable. I never tire of seeing Asuka wrestle, and Becky… her abilities and her charisma, helped take their match even higher.

Prior to seeing Becky and Asuka tear it up, we got three pre-show matches on the WWE Kick-off, and they were a mixed, bag. It was nice seeing more wrestlers getting a chance to be on the show, and I always enjoy that. Bobby Roode and Chad Gable faced off with the odd team of The Revival’s Scott Dawson and The Authors of Pain’s Rezar. Shinsuke Nakamura took on Rusev, and finally, before going into the main show, we saw the Cruiserweight Champion Buddy Murphy defend his title in a match against Tozawa, Hideo Itami and Kalisto. This cruiserweight match was awesome, a truly wild four-way festival of hard hits and crazy moves. It was a great way to end the Kick-off and head into the Royal Rumble card.

Following the Becky/Asuka opener, we saw the team of Shane McMahon and The Miz attempt to win he Smackdown Tag Team Titles from Cesaro and Sheamus, The Bar. Each team hit hard and worked hard, and put on an entertaining tag encounter. The Bar are one of the best tag teams in the past few years, in my view, both technically great and powerful, they, along wish Shane and Miz, gave us a fun match here.

The former UFC Women’s Champion, UFC Hall of Famer and RAW Women’s Champ, Ronda Rousey looked to defend her title next against “The Boss” Sasha Banks. It was nice seeing Sasha, one of the best female wrestlers in WWE, get a chance at gold here. The two had a full-on match, trading blows and near-falls in an exciting match that the live crowd ate up. Good stuff.

The Women’s Royal Rumble was up next, featuring 30 of the best women in WWE. Sure, many great wrestlers from NXT and NXT UK sadly didn’t appear here, but there’s plenty of time for that. This match was stacked full of current full-time talent and a few surprised from NXT too. It was great seeing the likes of Rhea Ripley and Candice LaRae here, and seeing the big stars, such as Charlotte, Natalya and Alexa Bliss made the whole thing feel big, important and exciting. The closing moments were dramatic too, and the reactions from the crowd told the story of how everyone felt when the match ended.

Daniel Bryan took on AJ Styles next in a match for Bryan’s WWE Title. What a match this was too. Two of the greatest technical wrestlers in WWE history going one-on-one was bound to be special, and it was. The links in their careers and the similarity in their roads to WWE helped to tell the story, and the mastery from each of them on a catch-as-catch-can level made for an exciting, invigorating and enjoyable title match. It’s one of those matches that you just sit, enjoy and respect. One of those simple reasons why we love pro-wrestling.

Brock Lesnar put his Universal Title on the line next agains the challenger Finn Balor. Balor took Brock to his limit, with speed and psychology, taking Brock, the big monster champion, by surprise. It wasn’t the usual kind of match we see from Lesnar, and that made this all the more interesting to watch.

Finally, the Men’s Royal Rumble was up, the main event of a stacked and very entertaining show. 30 men enter, 1 man leaves as winner. There were simply the who’s who of WWE names here, from Braun Strowman and Seth Rollins, to Kurt Angle and Kofi Kingston, to Pete Dunne and Johnny Gargano, to Randy Orton and Rey Mysterio. It was a perfect ending to the show, a big, bombastic and fun Rumble match, with a smashing finish that brought the fans in Phoenix, Arizona to their feet.

This was a very entertaining event, and one I enjoyed revisiting on Blu-ray. Definitely not a show to miss for fans of WWE. 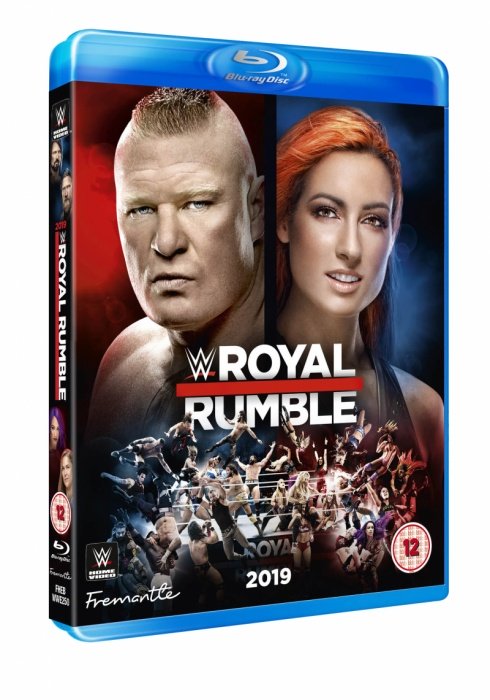