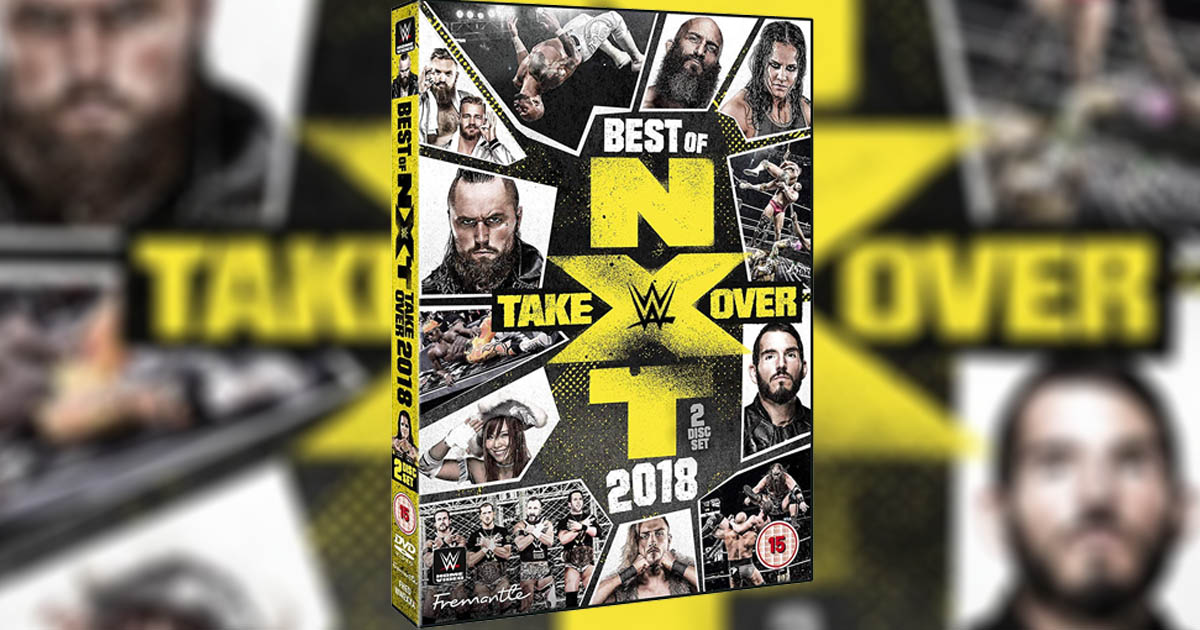 NXT has been one of the true highlights of wrestling programming over the past few years, delivering show after show of high quality action that fans are eating up and loving the taste of. At one time labeled a “development brand” but now though of as the “Indie Promotion” within WWE, developing talent to the WWE production and schedule while also presenting a wide array of wrestlers, many of whom have traveled the world as some of the most talented performers of this era. It’s awesome, then… is what I’m saying.

Here, with this DVD release, WWE give us a “Best of” release that is bound to be the best “Best of” release you’re going to get your hands on, because NXT TakeOver shows are constantly attempting to better the previous one, and it often results in some of the most exciting, entertaining, mind-blowing and hard-hitting wrestling matches you’re likely to see. This DVD set, featuring two jam-packed discs, has match after match from NXT TakeOvers throughout 2018, and my lord… these matches are a what’s what of last year, featuring, frankly, some of the best pro-wrestling in years.

Hosted by the voice of NXT, announcer Mauro Ranallo, we have newly filmed segments that introduce a selection of the best stuff NXT did in 2018. Now, believe me when I say this… there simply isn’t a bad match on this entire set, and the moments that are shown are also really entertaining, so to tell you about what is worth watching would literally be me listing the contents of the discs. There are, however, some standouts, and I’ll talk about those a little.

Andrade ‘Cien’ Almas taking on Johnny Gargano from the TakeOver Philadelphia show is one of the best wrestling matches I’ve seen. I’ve been watching pro-wrestling and sports-entertainment for 27 years or more, and I can say, over a year after seeing this match, and having watched it back a few times, it is an incredible, dramatic story between two spectacular workers. Unmissable.

One of the best things NXT has ever done, and one of the best feuds in WWE overall, in the past few years, has been the vicious and incredibly well written feud between Johnny Gargano and Tommaso Ciampa. The Chigago Street Fight between the two is on here from the Chicago II TakeOver event. Amazing.

The fantastic War Games match from TakeOver War Games II is on here, which I was super jazzed about. Featuring The Undisputed Era taking on the team of War Raiders, Ricochet and Pete Dunne, this cage encounter with two-rings is an absolute blast from beginning to end and features eight incredible wrestlers all doing something memorable. Fantastic.

Again, I dont want to just start listing every match, but the best of the best in NXT from 2018 are on here, and there’s still tons of NXT content that isn’t here that you can go watch on the WWE Network. This is a really wonderful release and a great way to present a compilation of highlights from a brand that keeps turning heads as it goes on. Definitely a worthwhile purchase. 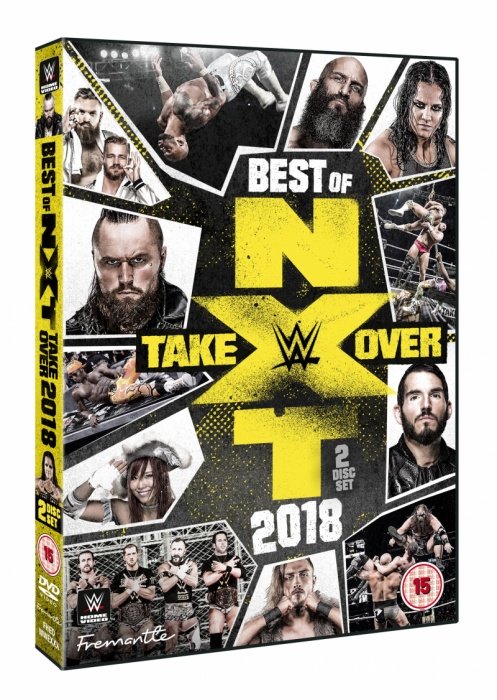 NXT TakeOver is where new Superstars make their name, rivalries escalate and the audiences can’t stop chanting “THIS IS AWESOME!” In 2018, the NXT Universe witnessed some of the greatest matches in NXT TakeOver history! Now you can relive the hottest rivalries and watch the fastest-rising Superstars in sports entertainment. Featuring JOHNNY GARGANO, TOMMASO CIAMPA, VELVETEEN DREAM, RICOCHET, MOUSTACHE MOUNTAIN, SHAYNA BASZLER, KAIRI SANE, UNDISPUTED ERA and more! This… is… the Best of NXT TakeOver 2018.