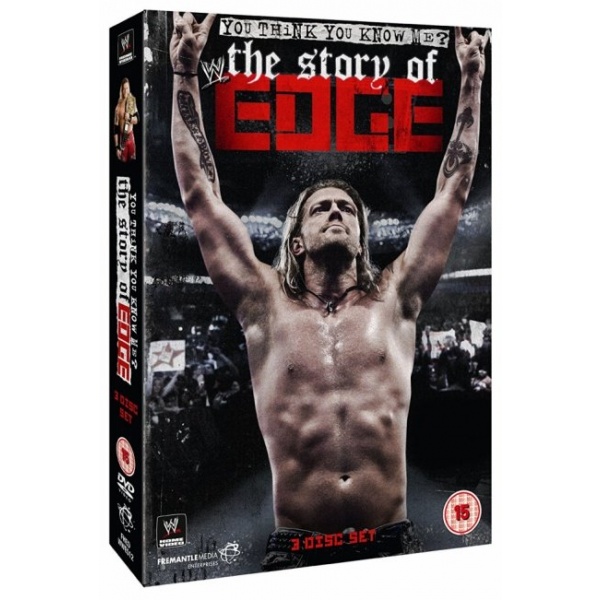 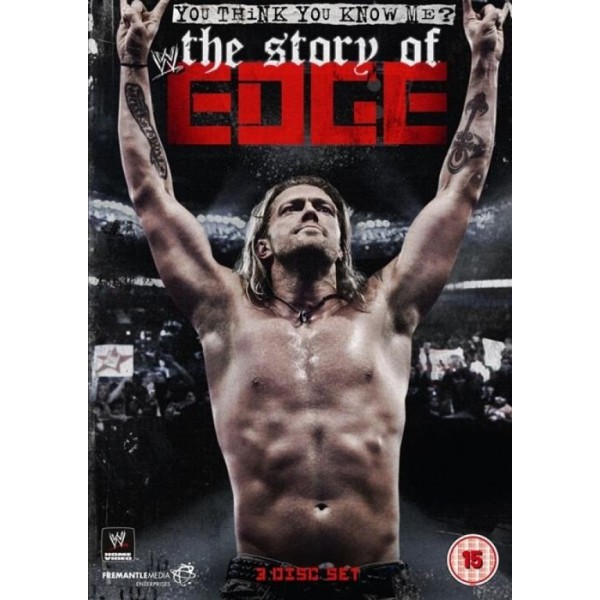 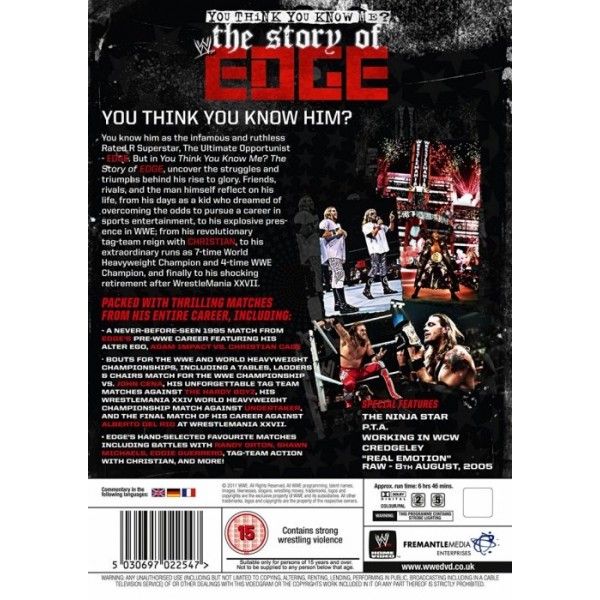 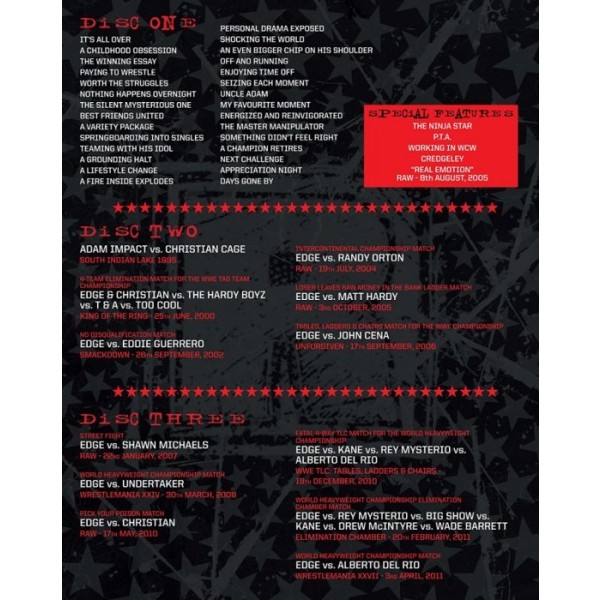 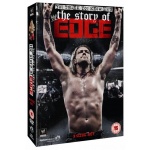 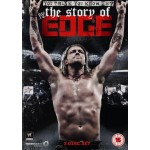 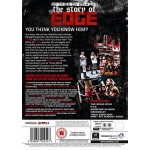 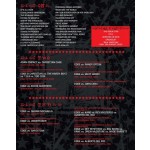 You Think You Know Me – The Story Of Edge (DVD)

A look back at the wrestling career of WWE star Edge. Having dreamt of making it as a wrestler in his youth, Edge broke into WWE and made a name for himself through his successful tag team partnership with Christian. He was crowned World Heavyweight Champion seven times and WWE Champion four times before announcing his retirement at Wrestlemania XXVII. The wrestler, his close friends and rivals from the ring tell the story of his career and relive memorable fights against Randy Orton, Shawn Michaels and others.