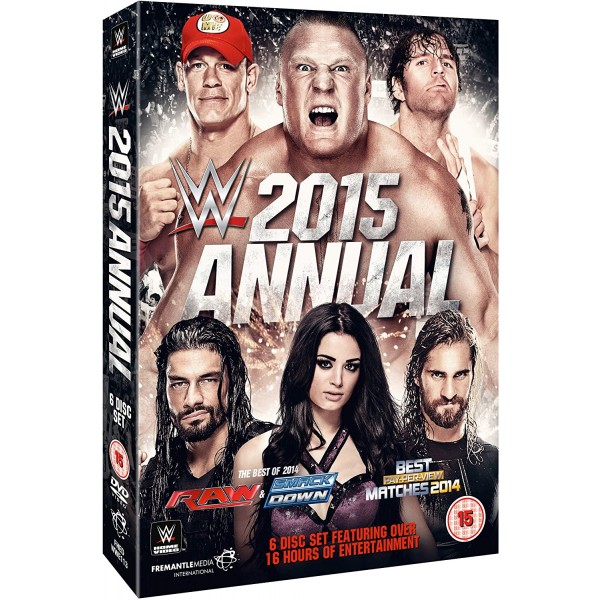 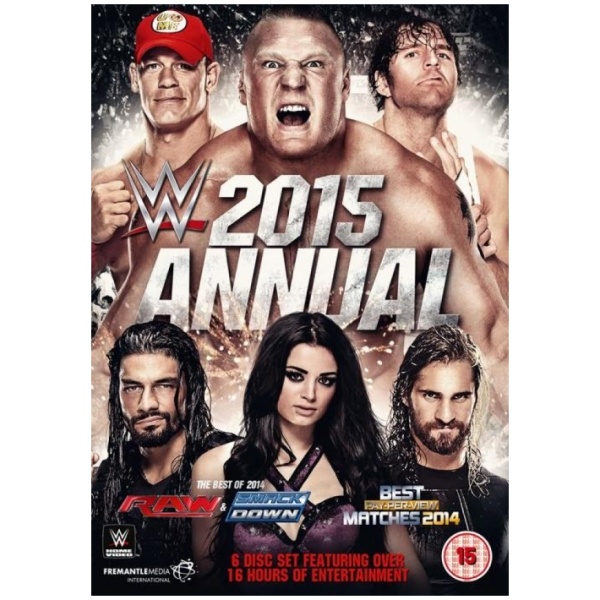 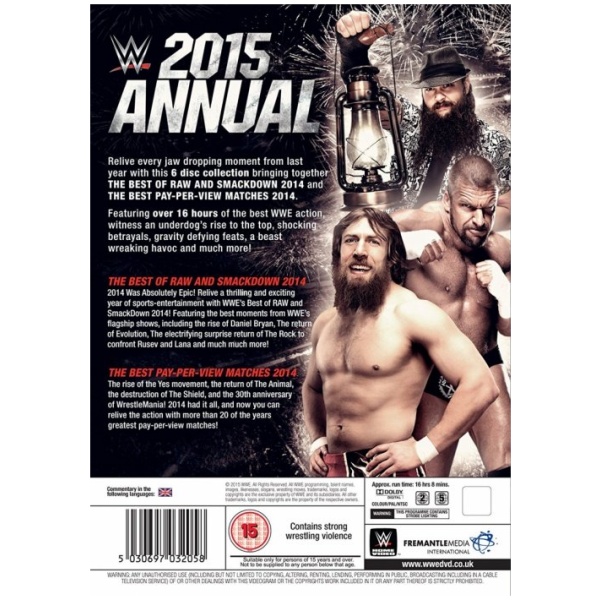 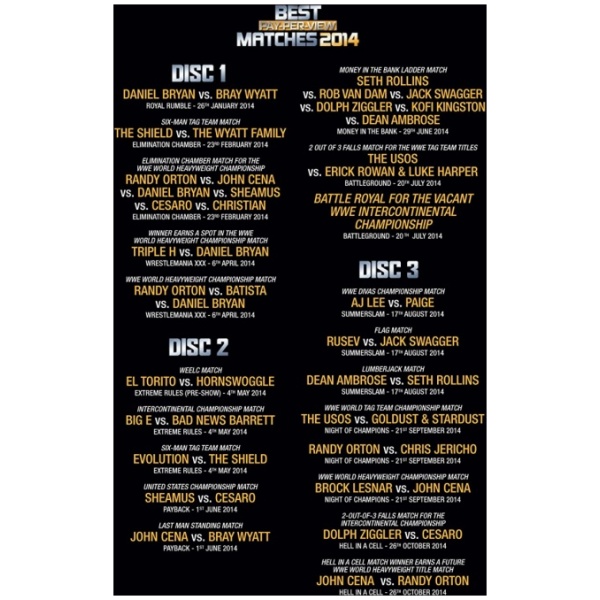 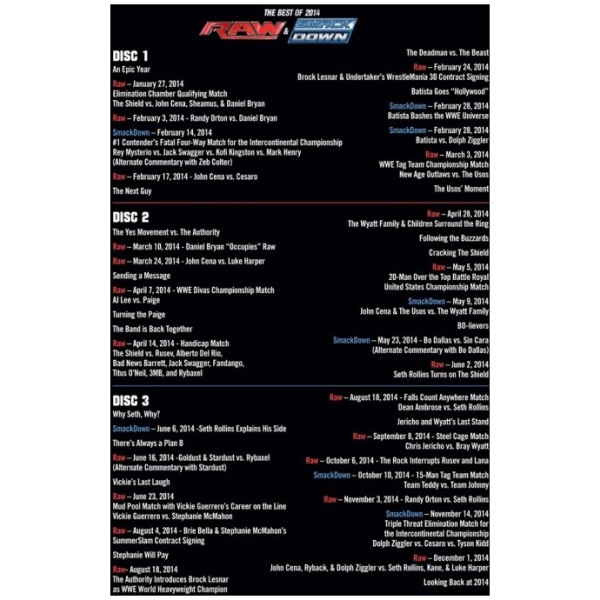 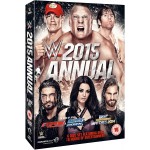 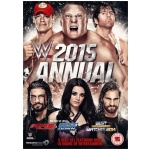 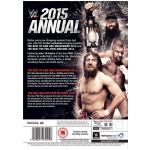 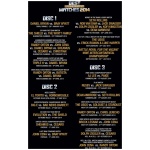 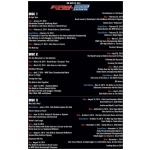 Relive every jaw dropping moment from last year with this 6 disc collection bringing together THE BEST OF RAW AND SMACKDOWN 2014 and THE BEST PAY-PER-VIEW MATCHES 2014. Featuring over 16 hours of the best WWE action, witness an underdog’s rise to the top, shocking betrayals, gravity defying feats, a beast wreaking havoc and much more!

2014 Was Absolutely Epic! Relive a thrilling and exciting year of sports-entertainment with WWE’s Best of RAW and SmackDown 2014! Featuring the best moments from WWE’s flagship shows, including the rise of Daniel Bryan, The return of Evolution, The electrifying surprise return of The Rock to confront Rusev and Lana and much much more!

The rise of the Yes movement, the return of The Animal, the destruction of The Shield, and the 30th anniversary of WrestleMania! 2014 had it all, and now you can relive the action with more than 20 of the years greatest pay-per-view matches!