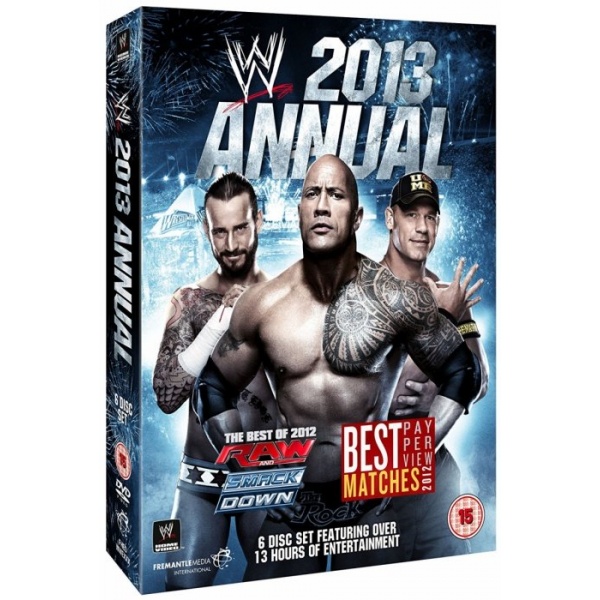 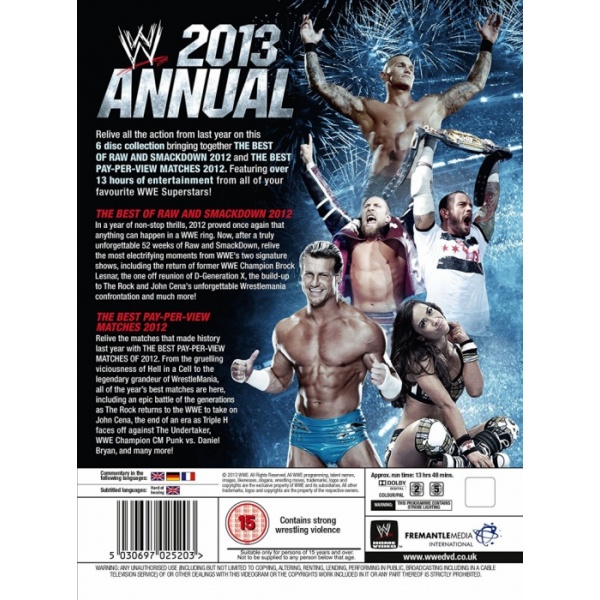 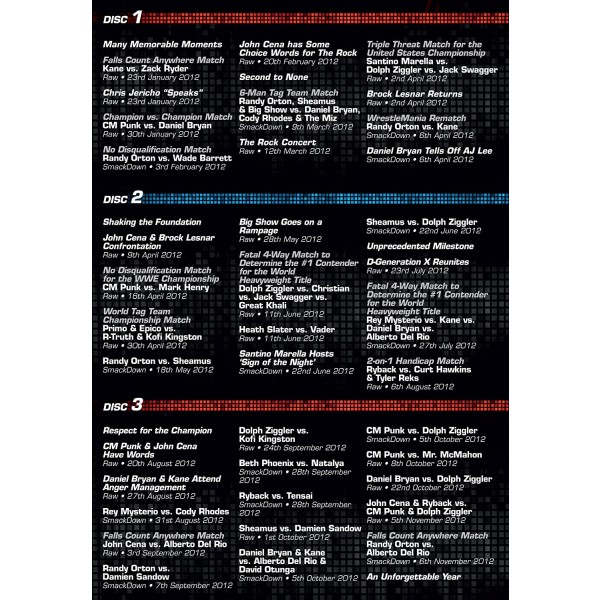 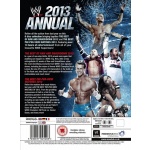 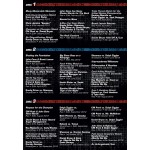 Relive all the action from last year on this 6 disc collection bringing together THE BEST OF RAW AND SMACKDOWN 2012 and THE BEST PAY-PER-VIEW MATCHES 2012. Featuring over 13 hours of entertainment from all of your favourite WWE Superstars!

THE BEST OF RAW AND SMACKDOWN 2012

In a year of non-stop thrills, 2012 proved once again that anything can happen in a WWE ring. Now, after a truly unforgettable 52 weeks of Raw and SmackDown, relive the most electrifying moments from WWE’s two signature shows, including the return of former WWE Champion Brock Lesnar, the one off reunion of D-Generation X, the build-up to The Rock and John Cena’s unforgettable Wrestlemania confrontation and much more!

Relive the matches that made history last year with THE BEST PAY-PER-VIEW MATCHES OF 2012. From the gruelling viciousness of Hell in a Cell to the legendary grandeur of WrestleMania, all of the year’s best matches are here, including an epic battle of the generations as The Rock returns to the WWE to take on John Cena, the end of an era as Triple H faces off against The Undertaker, WWE Champion CM Punk vs. Daniel Bryan, and many more!