" data-placeholder="Start Typing..." /> Press enter to begin your search
15% OFF

Madison Square Garden, New York City. WrestleMania returns to where it all began 20 years ago. The entire event is here. Seven championships are on the line, featuring Eddie Guerrero vs. Kurt Angle for the WWE Championship, and Triple H defends his World Heavyweight Championship in a Triple-TYhreat Match. Plus, the reunited Rock ‘n’ Sock Connection takes on Evolution in a 2-on-3 Handicap Match. Undertaker makes his long-anticipated return to battle Kane, and much more! 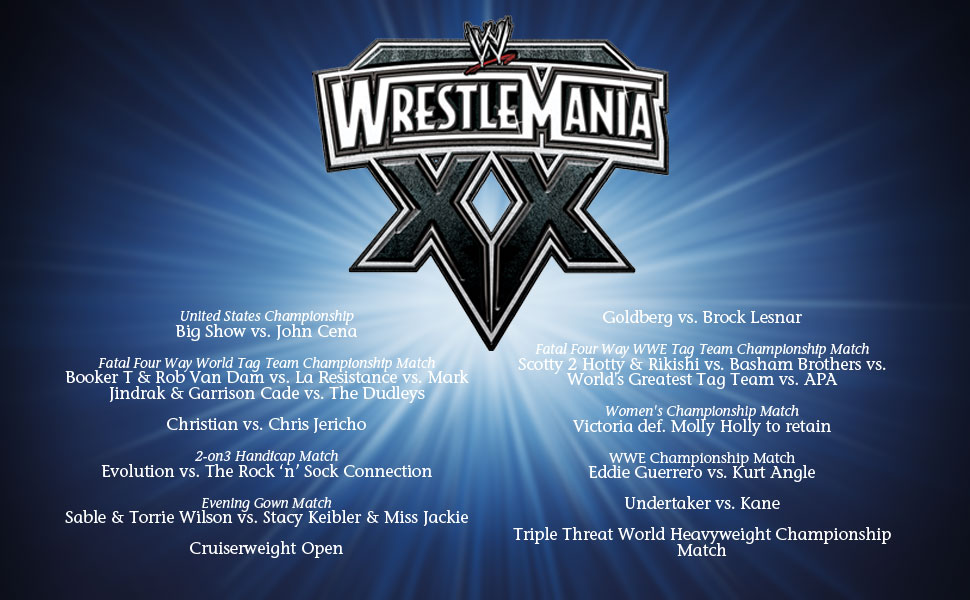