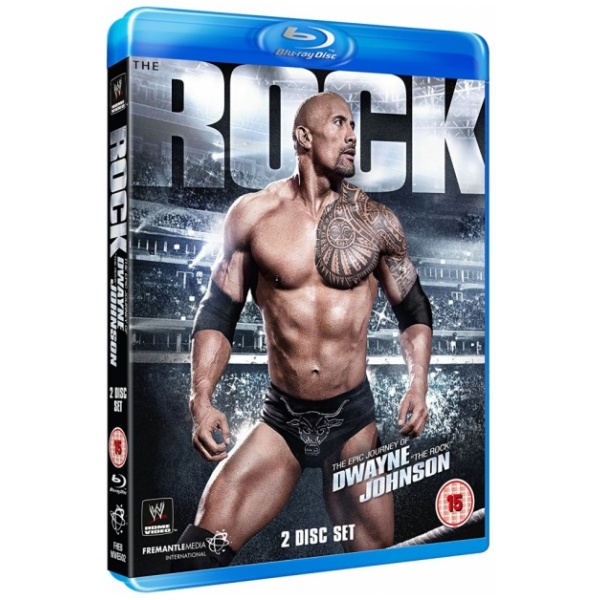 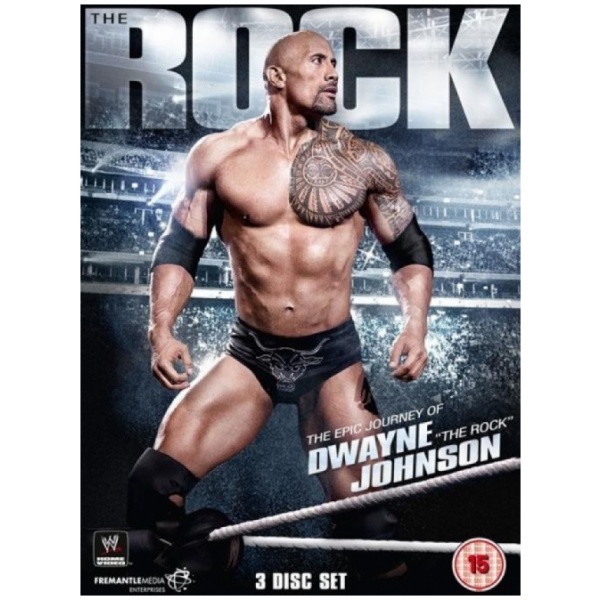 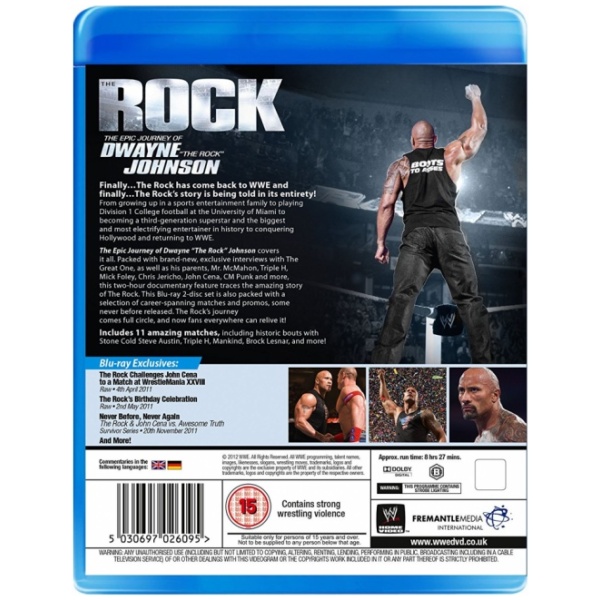 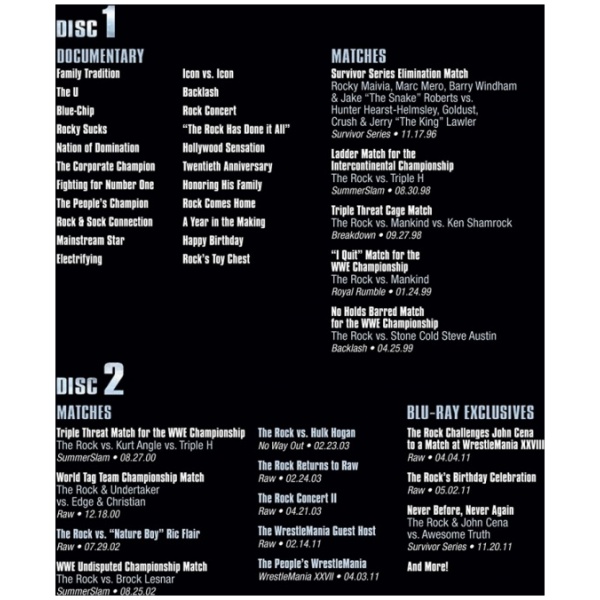 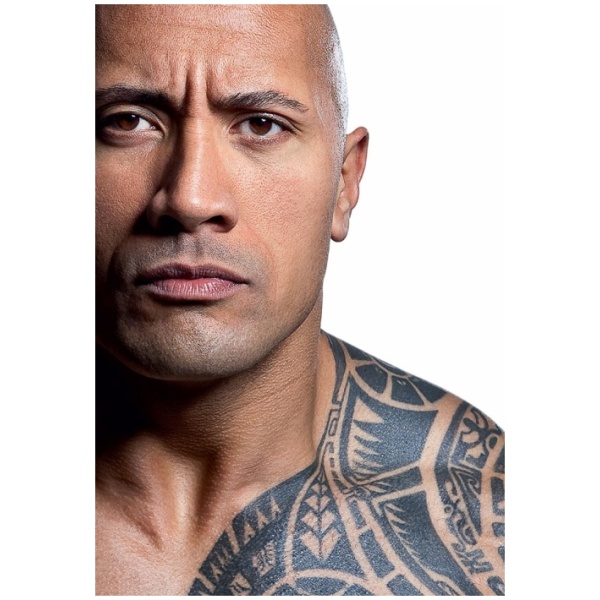 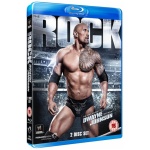 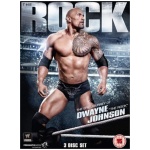 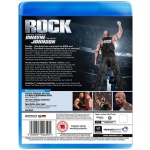 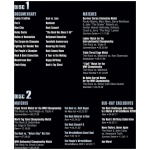 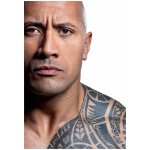 The Rock – The Epic Journey Of Dwayne Johnson (Blu-Ray)

From growing up in a sports entertainment family to playing Division 1 College football at the University of Miami to becoming a third-generation superstar and the biggest and most electrifying entertainer in history to conquering Hollywood and returning to WWE.

The Epic Journey of Dwayne “The Rock” Johnson covers it all. Packed with brand-new, exclusive interviews with The Great One, as well as his parents, Mr. McMahon, Triple H, Mick Foley, Chris Jericho, John Cena, CM Punk and more, this two-hour documentary feature traces the amazing story of The Rock. This 2 disc Blu-ray set is also packed with a selection of career-spanning matches and promos, some never before released on Blu-ray. The Rock’s journey comes full circle, and now fans everywhere can relive it!

The Rock vs. Mankind vs. Ken Shamrock

“I Quit” Match for the WWE Championship

No Holds Barred Match for the WWE Championship

The Rock vs. Kurt Angle vs. Triple H

The Rock & Undertaker vs. Edge & Christian

The Rock vs. Brock Lesnar

The Rock vs. Hulk Hogan

The Rock Returns to Raw

The Rock Challenges John Cena to a Match at WrestleMania XXVIII