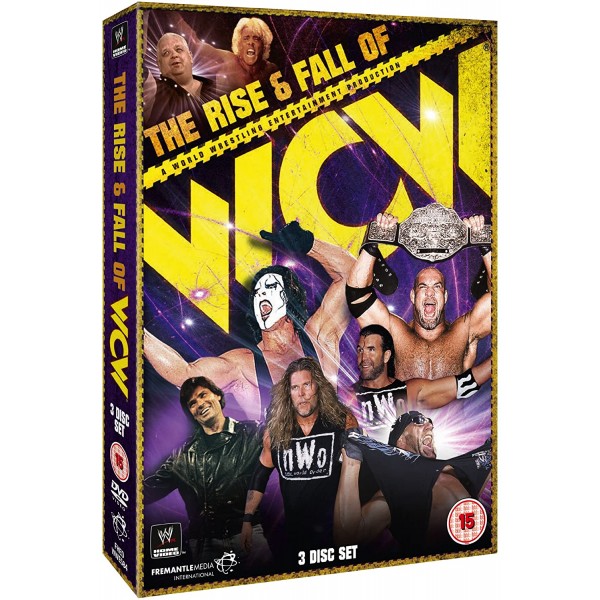 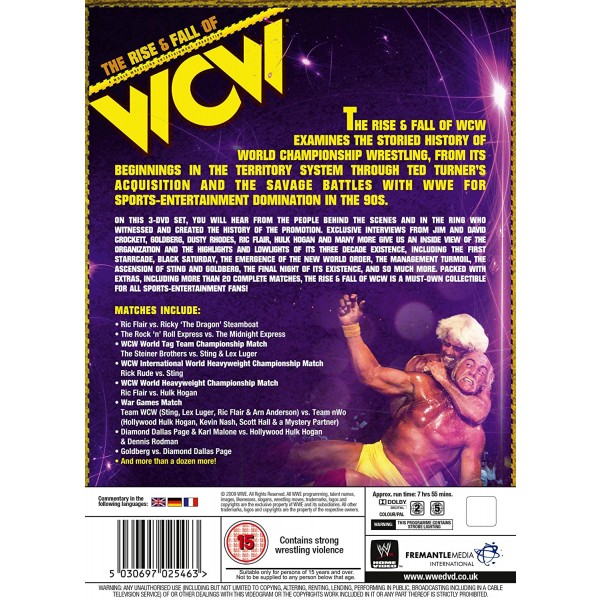 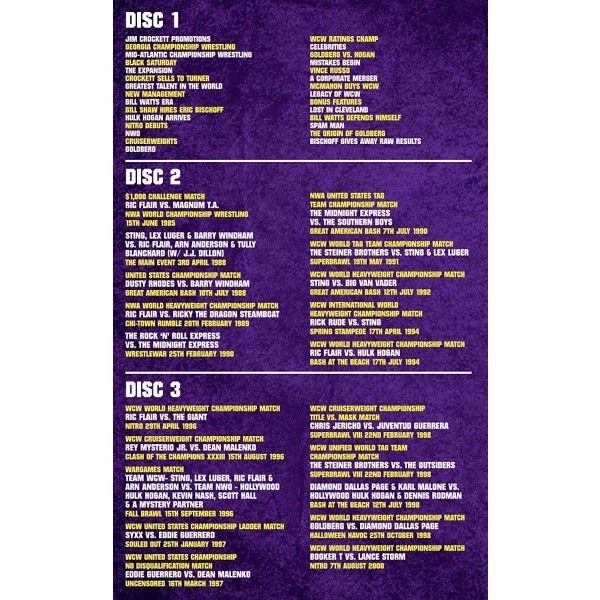 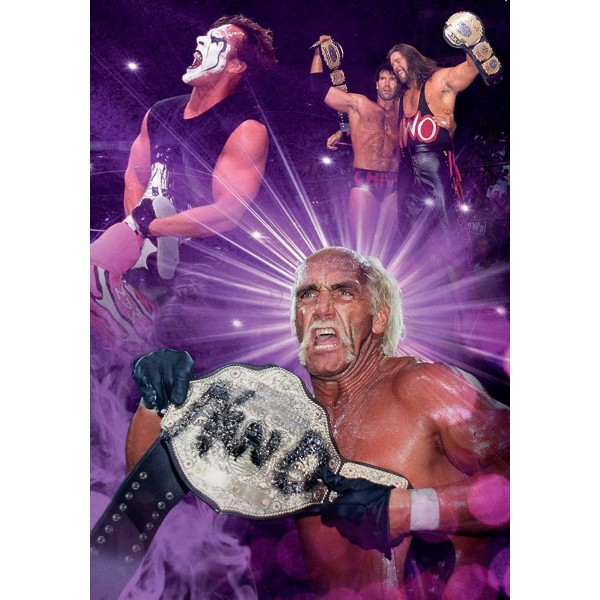 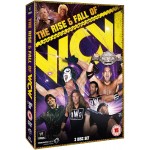 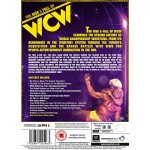 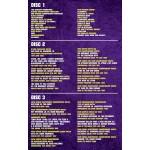 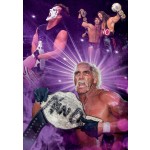 The Rise & Fall of WCW examines the storied history of World Championship Wrestling, from its beginnings in the territory system through Ted Turner’s acquisition and the savage battles with WWE for Sports-Entertainment domination in the 90s. On this 3 disc set, you will hear from the people behind the scenes and in the ring who witnessed and created the history of the promotion. Exclusive interviews from Jim and David Crockett, Goldberg, Dusty Rhodes, Ric Flair, Hulk Hogan and many more give us an inside view of the organisation and the highlights and lowlights of its three decade existence, including the first Starrcade, Black Saturday, the emergence of the New World Order, the management turmoil, the ascension of Sting and Goldberg, the final night of its existence, and so much more. Packed with extras, including more than 20 complete matches, The Rise & Fall of WCW is a must-own collectible for all Sports-Entertainment fans!