" data-placeholder="Start Typing..." /> Press enter to begin your search
65% OFF

Emerging from the darkness, The Phenom made the WWE Universe come alive at Survivor Series. Thirty years later, Undertaker says his final farewell from in-ring competition in front of his peers, rivals, and the WWE Universe in a grace grave celebration of The Deadman. RAW and SmackDown collide in the ultimate battle for brand supremacy. The Head of the Table goes one-on-one against The Chosen One when Drew McIntyre goes head-to-head with Roman Reigns in a Champion vs. Champion match. The Empress of Tomorrow battles The Boss when Asuka faces off against Sasha Banks. In a tag team dream match not seen aanywhere, the SmackDown Tag Team Champions The New Day bring the smoke to Raw Tag Team Champions, The Street Profits. And in traditional 5-on-5 Survivor Series action, AJ Styles, Keith Lee, Sheamus, Riddle, and Braun Strowman go toe-to-toe against Seth Rollins, Jey Uso, King Corbin, Kevin Owens, and Otis. Plus, more! Witness the best of the best at Survivor Series! 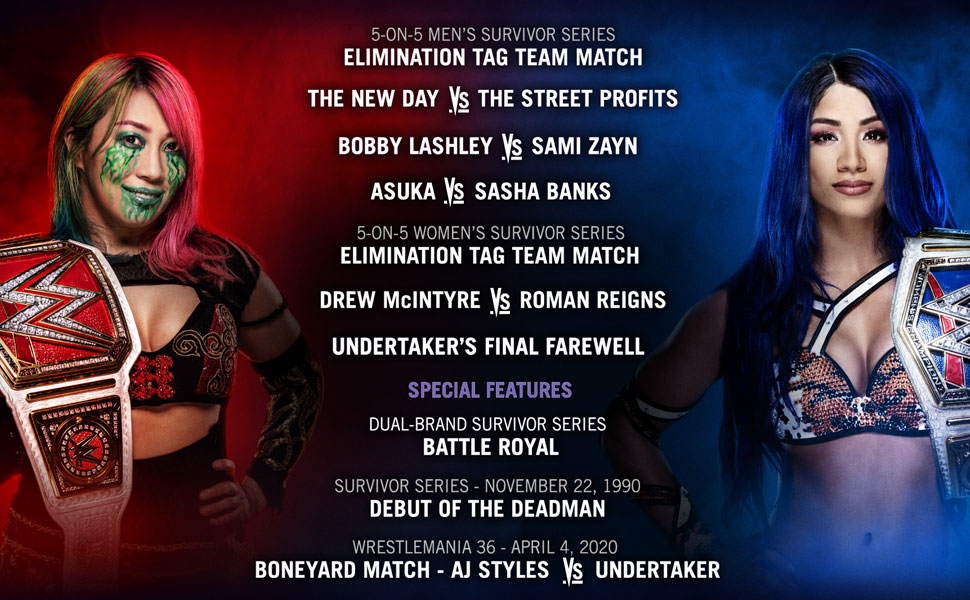