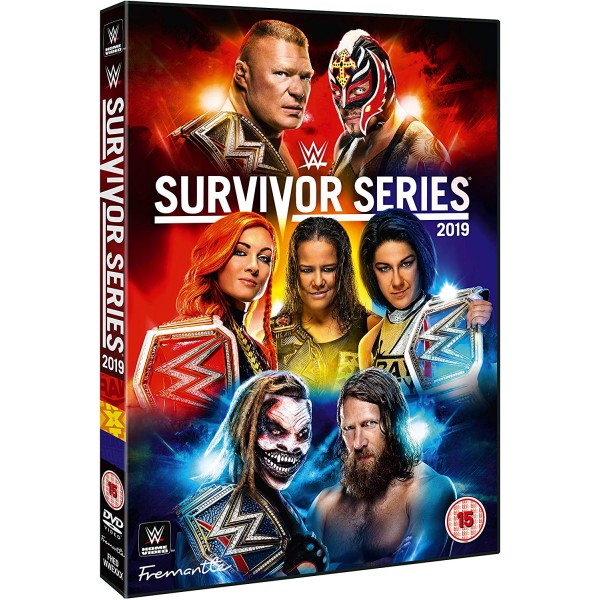 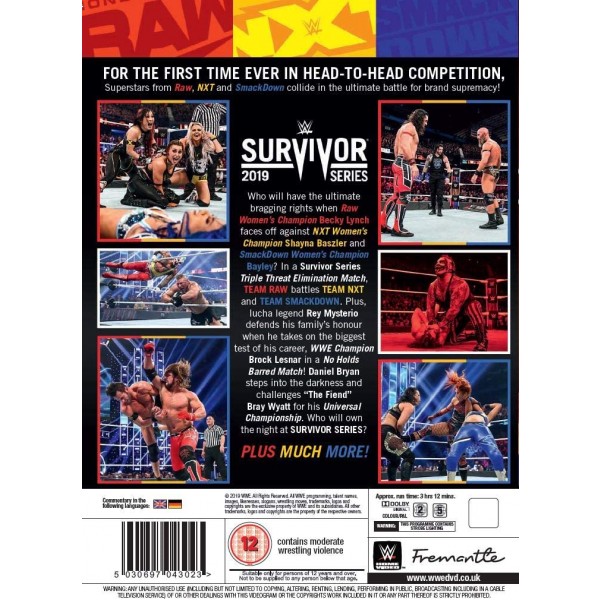 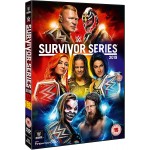 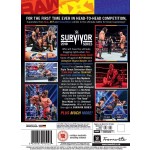 Who will have the ultimate bragging rights when RAW Women’s Champion Becky Lynch faces off against NXT Women’s Champion Shayna Baszler and SmackDown Women’s Champion Bayley? In a Survivor Series Triple Threat Elimination Match, TEAM RAW battles TEAM NXT and TEAM SMACKDOWN. Plus, lucha legend Rey Mysterio defends his family’s honour when he takes on the biggest test of his career, WWE Champion Brock Lesnar in a No Holds Barred Match! Daniel Bryan steps into the darkness and challenges ‘The Fiend’ Bray Wyatt for his Universal Championship. Who will own the night at SURVIVOR SERIES? PLUS MUCH MORE!