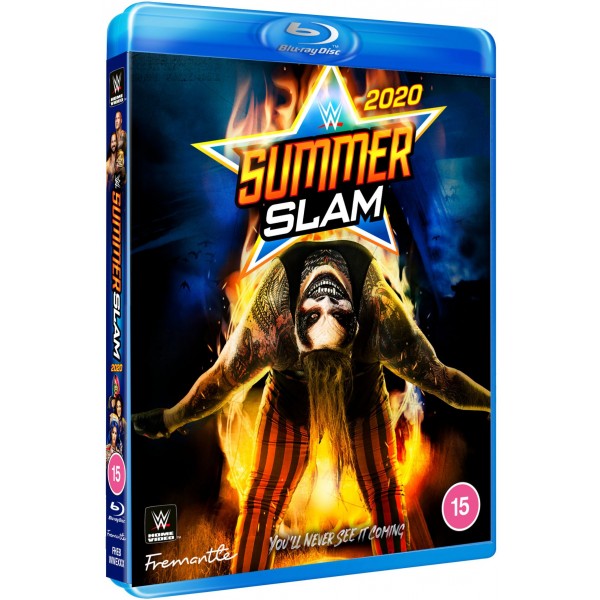 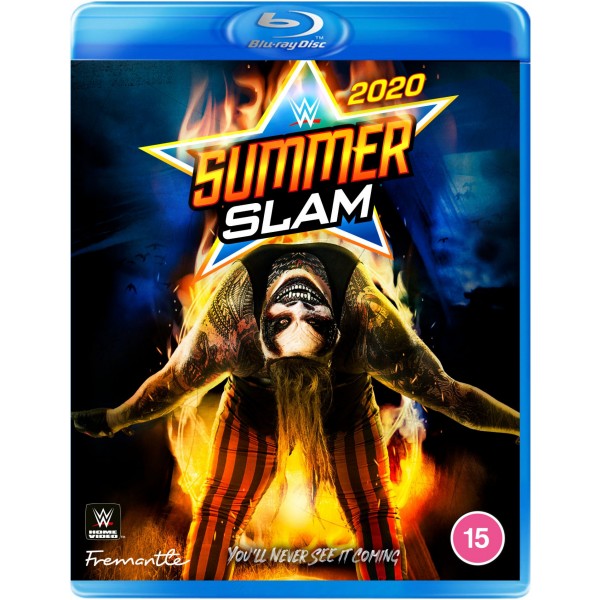 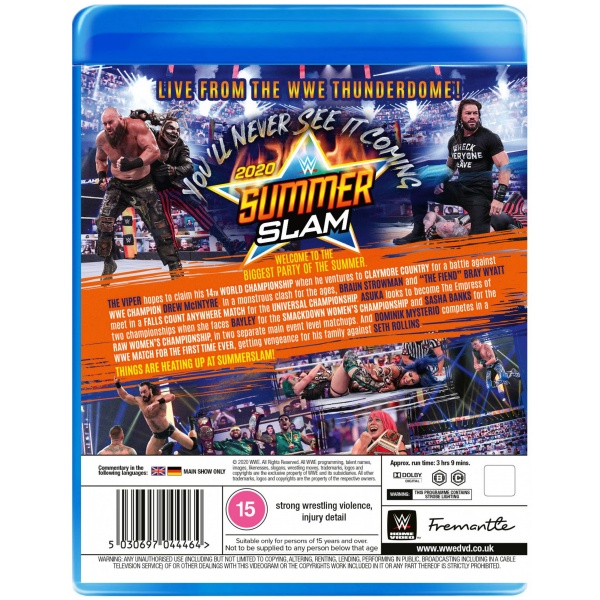 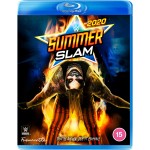 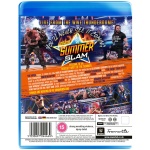 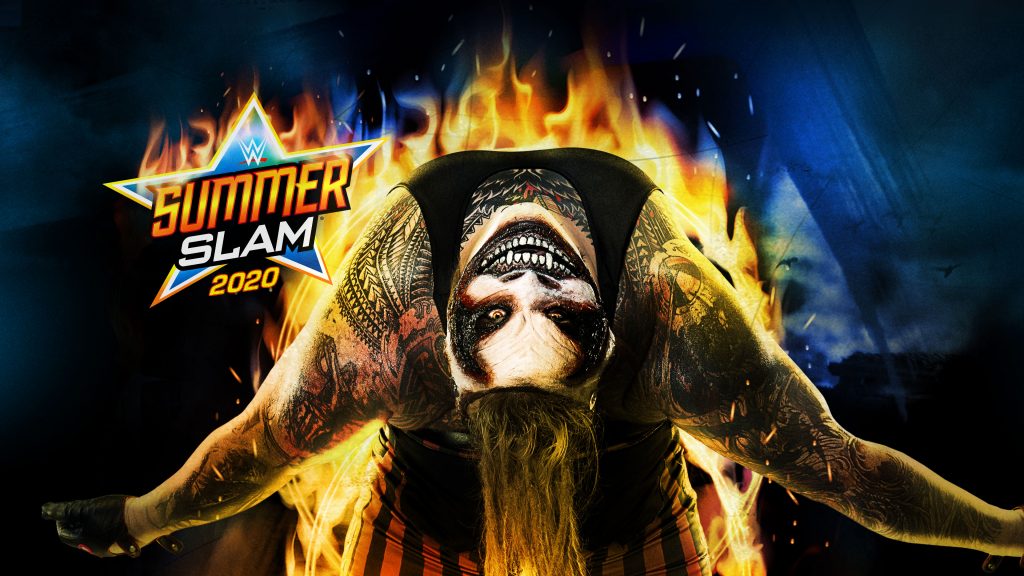 LIVE FROM THE THUNDERDOME! WELCOME TO THE BIGGEST PARTY OF THE SUMMER.

THE VIPER hopes to claim his 14th WORLD CHAMPIONSHIP when he ventures to CLAYMORE COUNTRY for a battle against WWE CHAMPION DREW McINTYRE. In a monstrous clash for the ages, BRAUN STROWMAN and “THE FIEND” BRAY WYATT meet in a FALLS COUNT ANYWHERE MATCH for the UNIVERSAL CHAMPIONSHIP. ASUKA looks to become THE EMPRESS of two championships when she faces BAYLEY for the SMACKDOWN WOMEN’S CHAMPIONSHIP and SASHA BANKS for the RAW WOMEN’S CHAMPIONSHIP, in two separate main event matchups. And DOMINIK MYSTERIO competes in a WWE MATCH FOR THE FIRST TIME EVER, getting vengeance for his family against SETH ROLLINS.

THINGS ARE HEATING UP AT SUMMERSLAM!

Be the first to review “SummerSlam 2020 (Blu-ray)” Cancel reply