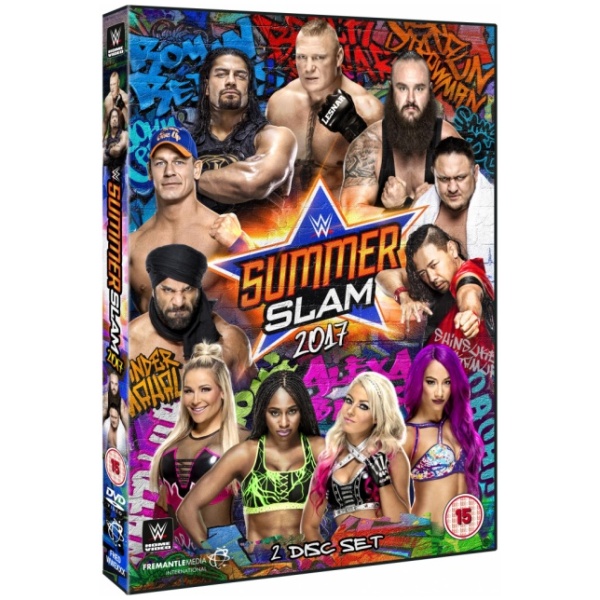 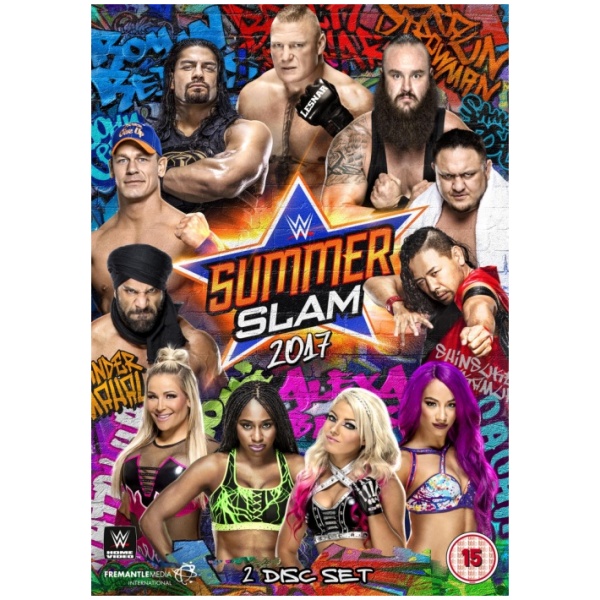 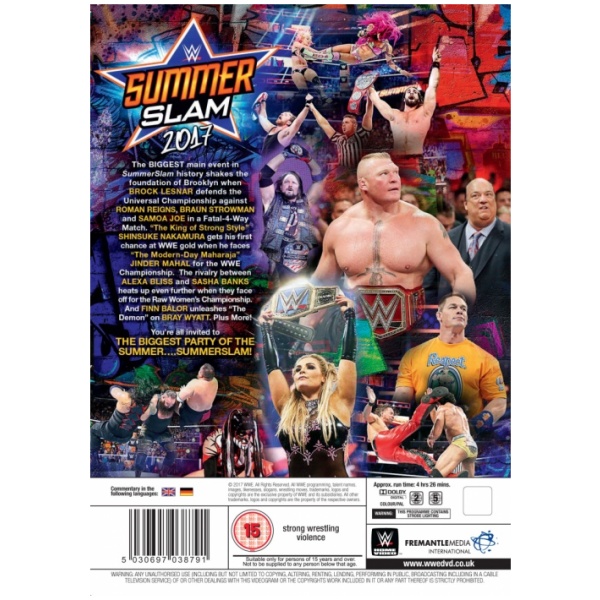 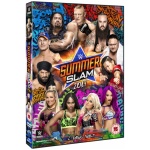 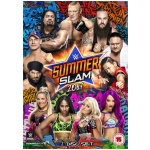 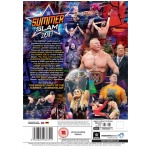 The BIGGEST main event in SummerSlam history shakes the foundation of Brooklyn when BROCK LESNAR defends the Universal Championship against ROMAN REIGNS, BRAUN STROWMAN and SAMOA JOE in a Fatal-4-Way Match. “The King of Strong Style” SHINSUKE NAKAMURA gets his first chance at WWE gold when he faces “The Modern-Day Maharaja” JINDER MAHAL for the WWE Championship. The rivalry between ALEXA BLISS and SASHA BANKS heats up even further when they face off for the RAW Women’s Championship. And FINN BALOR unleashes “The Demon” on BRAY WYATT. Plus More! You’re all invited to THE BIGGEST PARTY OF THE SUMMER…. SUMMERSLAM!

Be the first to review “SummerSlam 2017 (DVD)” Cancel reply