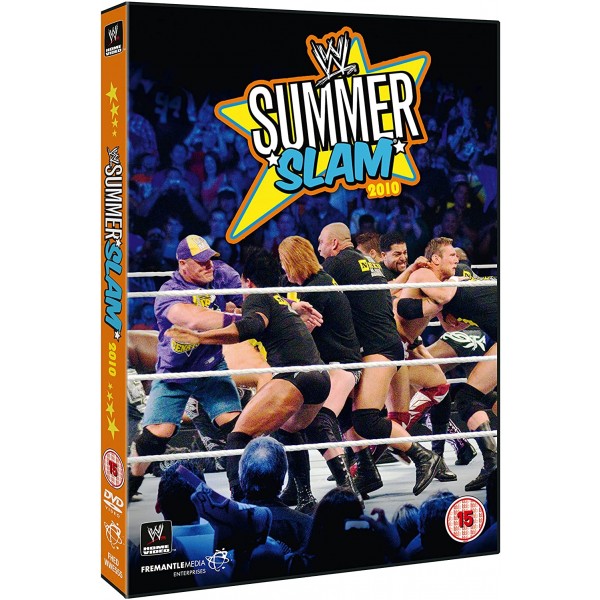 Only 1 left in stock

A dangerous group of rebellious upstarts has invaded Raw proclaiming If you re not Nexus, you re against us. John Cena has recruited a star-studded lineup to battle The Nexus but will the team of Edge, Chris Jericho, R-Truth, John Morrison, and WWE Hall of Famer Bret Hit Man Hart be able to put egos aside? Can Team WWE rally together to topple The Nexus once and for all? Plus, WWE Champion Sheamus must defend the WWE Championship against the Viper, Randy Orton. A furious Kane takes on the man he feels is responsible for his brother Undertaker s assault. Can Rey Mysterio withstand the challenge of the Big Red Monster and regainthe title? The Superstars of Raw and SmackDown present SUMMERSLAM!

Be the first to review “Summerslam 2010 (DVD)” Cancel reply