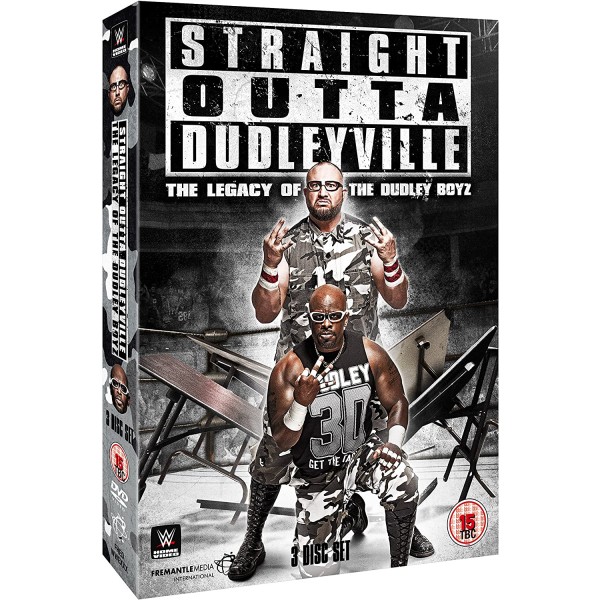 Straight Outta Dudleyville – The Legacy Of The Dudley Boyz (DVD)

D-Von! GET THE TABLES! For the first time ever, WWE Home Video sits down with Bubba Ray and D-Von Dudley as they share their insight into how they became one of the most successful tag teams in all of sports entertainment. From their formation in ECW to their notorious TLC matches in WWE, to their departure and return back to WWE, this set covers the trials and tribulations of The Dudley Boyz’s entire career. Get to know the Superstars behind the taped up glasses and see how The Dudleyz turned the tables on tag team wrestling!

This 3-Disc DVD Set comes with Limited Edition ‘Pop-Up Table’ O-Card Packaging. Specially designed, and for the initial production run only, no more will be produced in the UK & Europe. Once they are gone, they are gone!