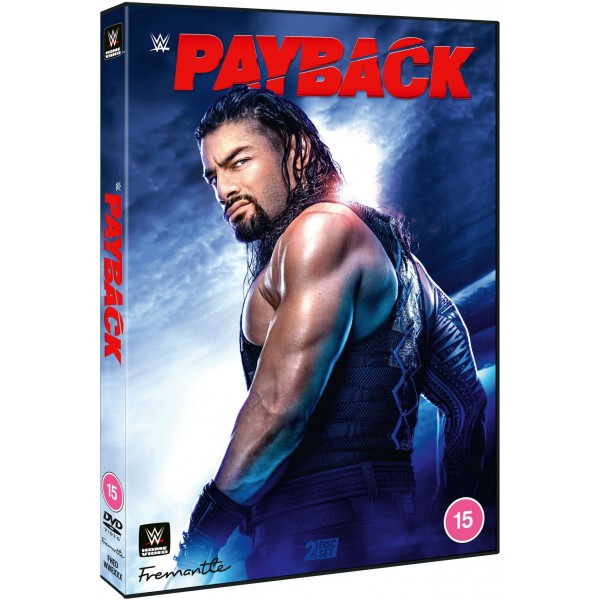 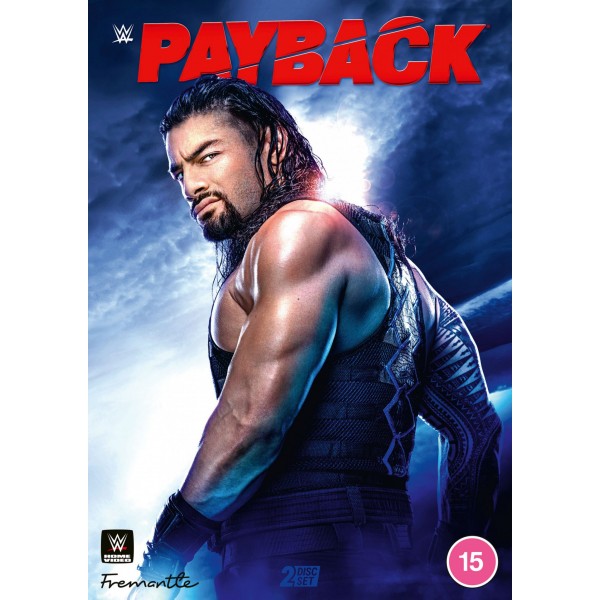 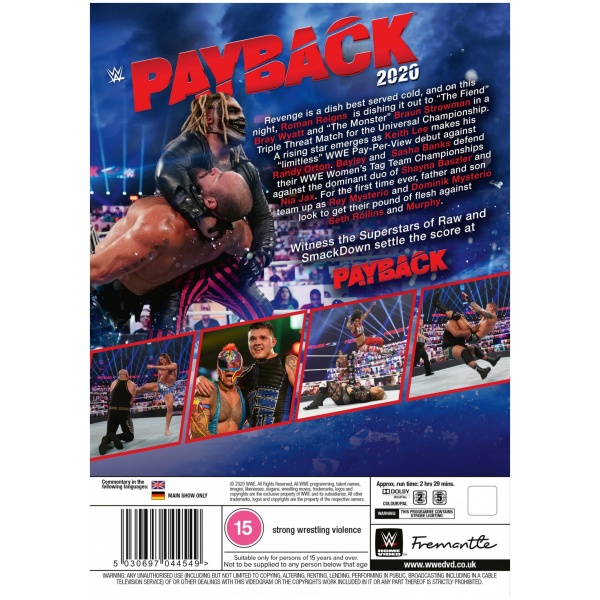 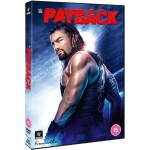 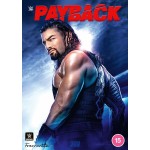 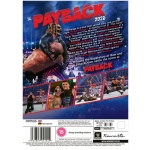 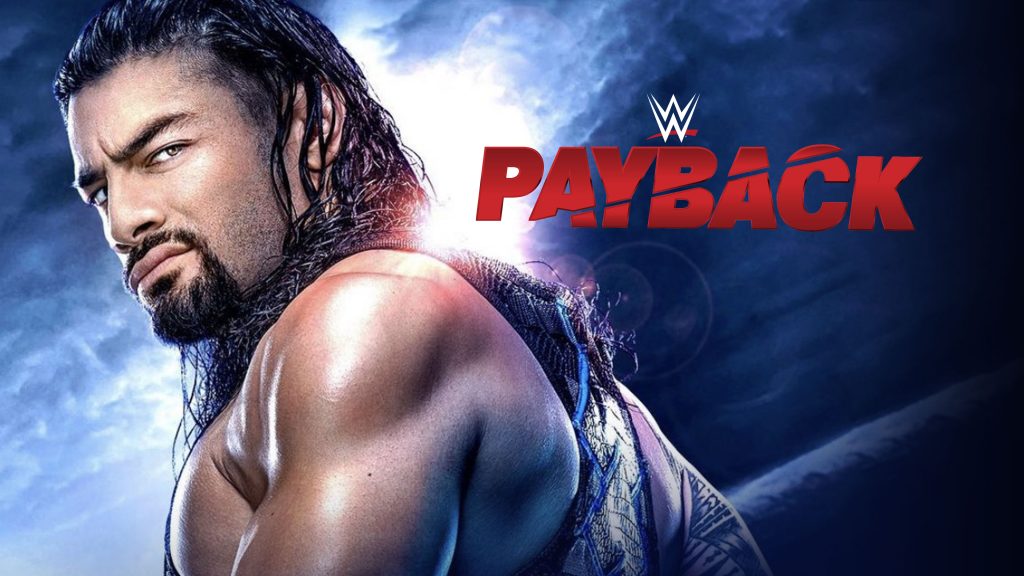 Revenge is a dish best served cold, and on this night, Roman Reigns is dishing it out to “The Fiend” Bray Wyatt and “The Monster” Braun Strowman in a Triple Threat Match for the Universal Championship. A rising star emerges as Keith Lee makes his “limitless” WWE Pay-Per-View debut against Randy Orton. Bayley and Sasha Banks defend their WWE Women’s Tag Team Championship against the dominant duo of Shayna Baszler and Nia Jax. For the first time ever, father and son team up as Rey Mysterio and Dominik Mysterio look to get their pound of flesh against Seth Rollins and Murphy.

Witness the Superstars of RAW and SmackDown settle the score at PAYBACK.