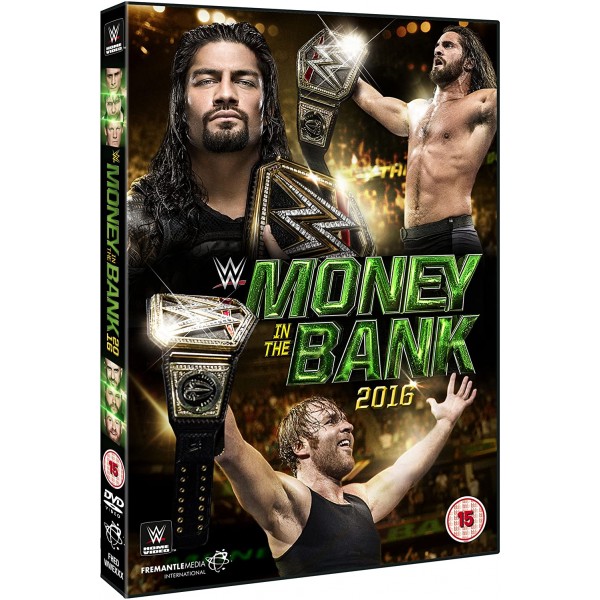 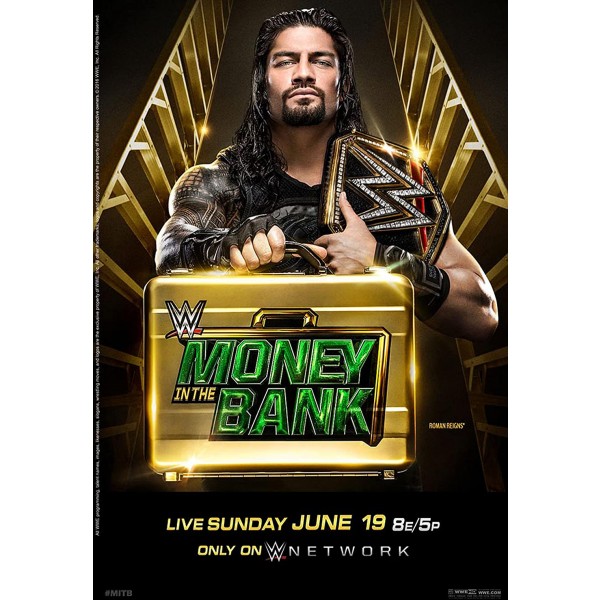 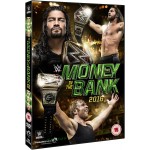 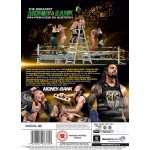 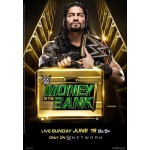 THE GREATEST MONEY IN THE BANK PAY-PER-VIEW IN HISTORY!

Former friends turn into bitter rivals when ‘THE UNDISPUTED FUTURE’ SETH ROLLINS makes his long awaited return to the ring against ROMAN REIGNS for his WWE World Heavyweight Championship. A dream match finally comes to life for the WWE Universe as JOHN CENA meets ‘THE PHENOMENAL ONE’ AJ STYLES for the first ever time in WWE history. An opportunity at the WWE Heavyweight World Championship hangs in the balance as CHRIS JERICHO, KEVIN OWENS, SAMI ZAYN, CESARO, DEAN AMBROSE and ALBERTO DEL RIO try to outlast one another in a Money in the Bank Ladder Match. WWE Superstars put their money where their mouth is and risk it all at MONEY IN THE BANK.