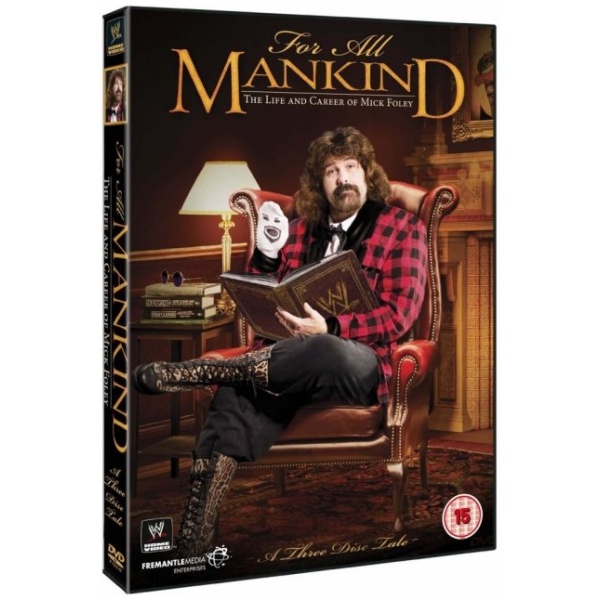 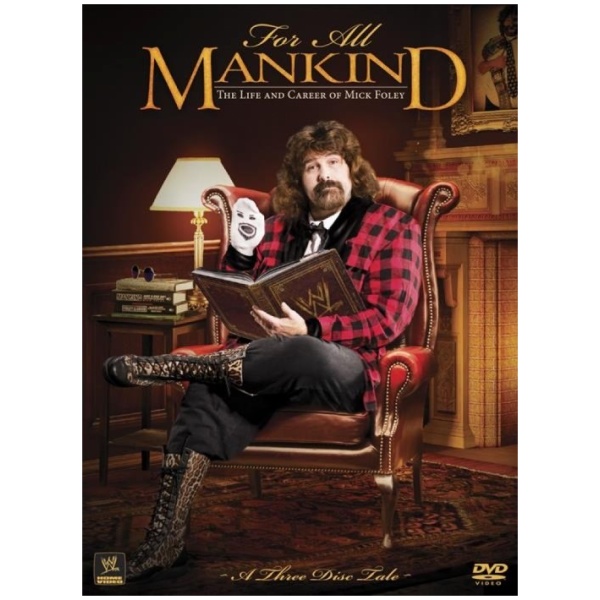 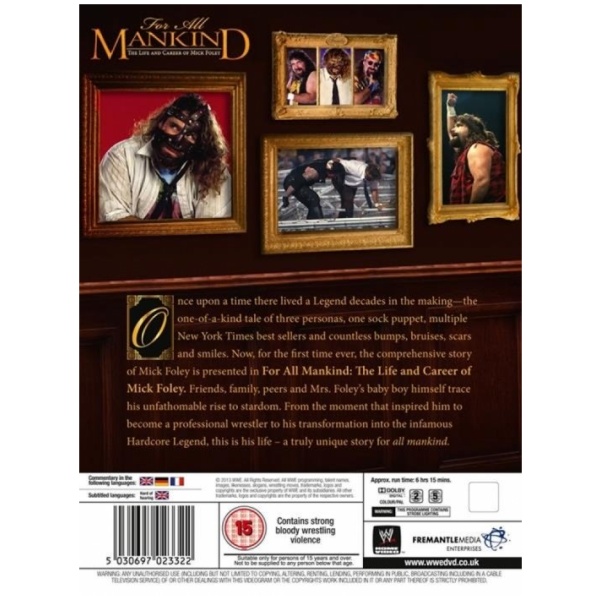 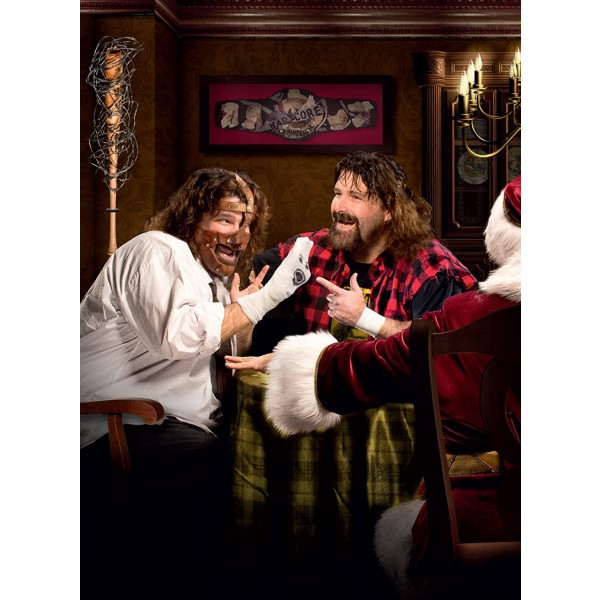 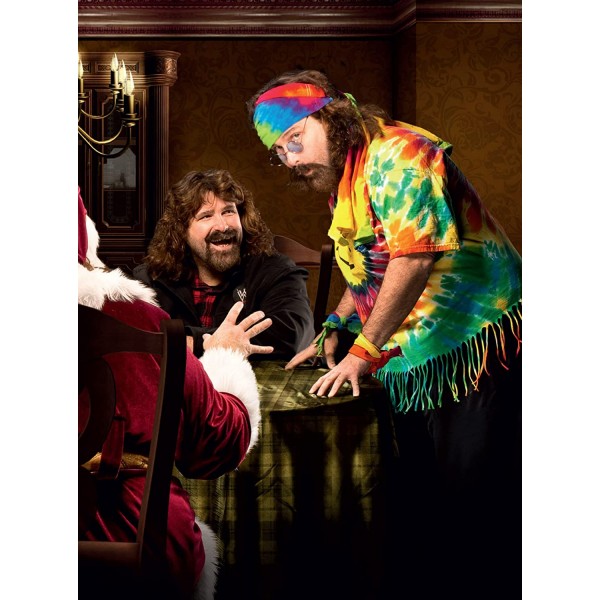 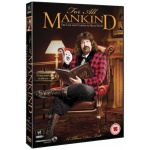 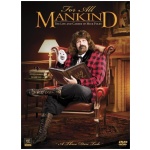 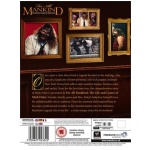 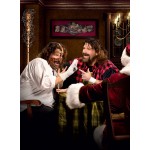 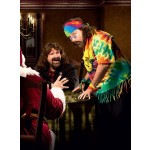 For All Mankind – The Life And Career Of Mick Foley (DVD)

Once upon a time there lived a Legend decades in the making; the one-of-a-kind tale of three personas, one sock puppet, multiple New York Times best sellers and countless bumps, bruises, scars and smiles. Now, for the first time ever, the comprehensive story of Mick Foley is presented in For All Mankind: The Life and Career of Mick Foley. Friends, family, peers and Mrs. Foley s baby boy himself trace his unfathomable rise to stardom. From the moment that inspired him to become a professional wrestler to his transformation into the infamous Hardcore Legend, this is his life a truly unique story for all mankind.

Mankind vs. The Rock