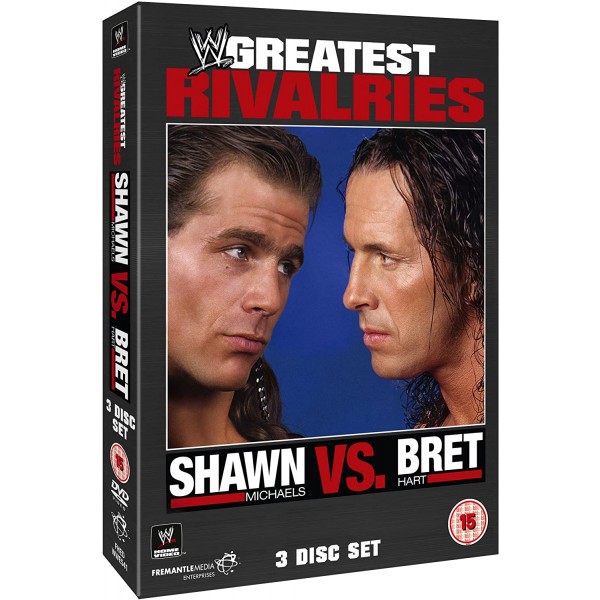 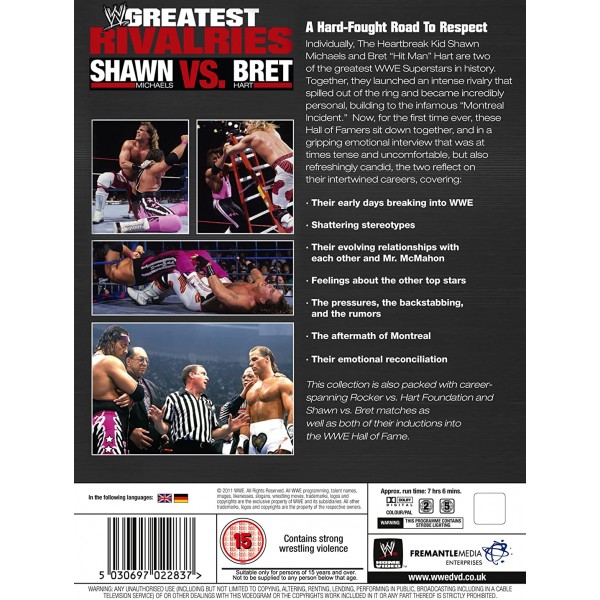 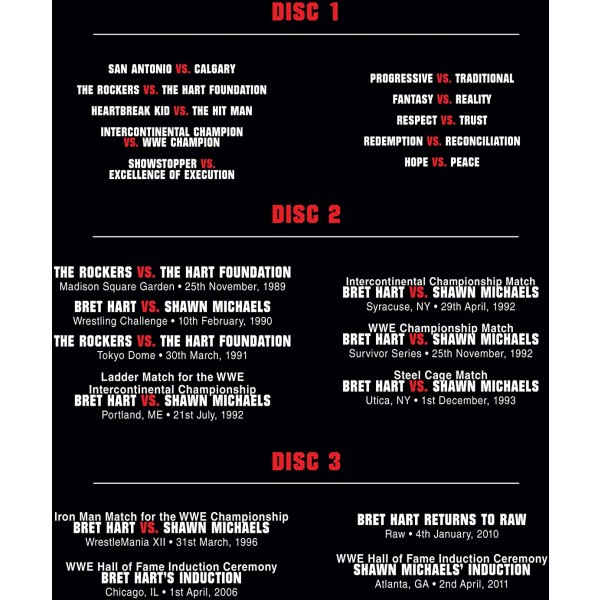 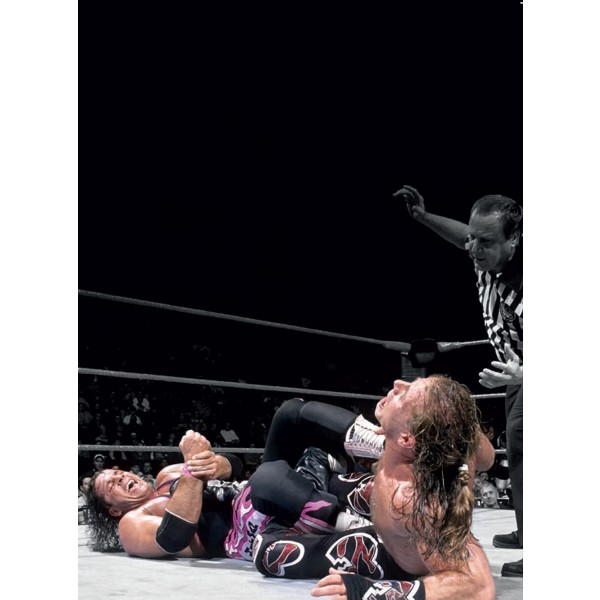 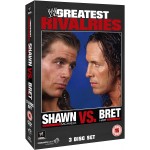 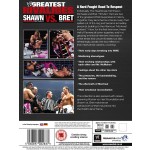 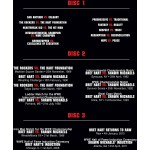 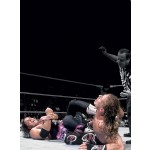 Collection of the greatest matches between WWE wrestlers Shawn Michaels and Bret ‘The Hitman’ Hart. The rivalry between the pair spanned almost a decade and resulted in some classic encounters. Among the matches included are 1992’s Intercontinental Championship Match, a Steel Cage Match between the pair in 1993 and the Iron Man Match for the World Championship in 1996.