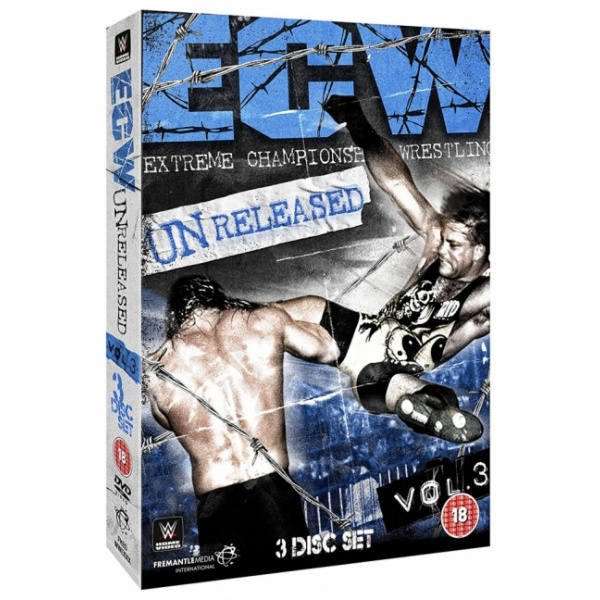 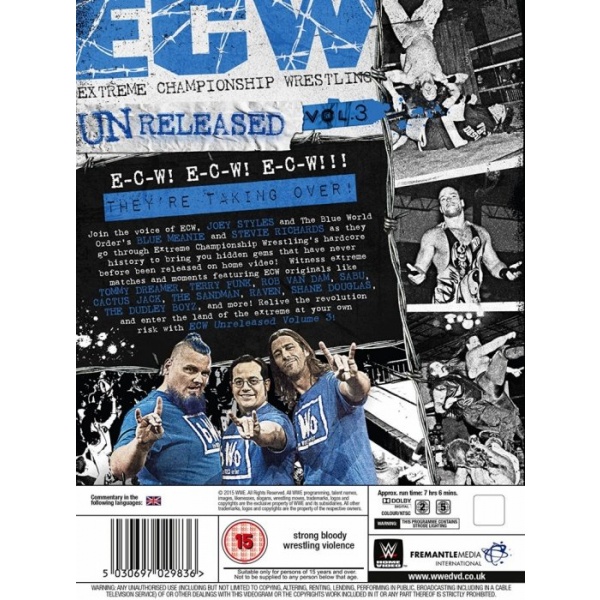 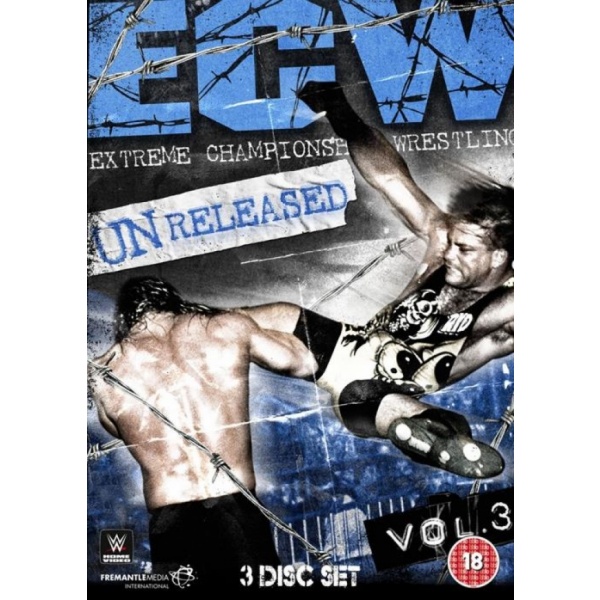 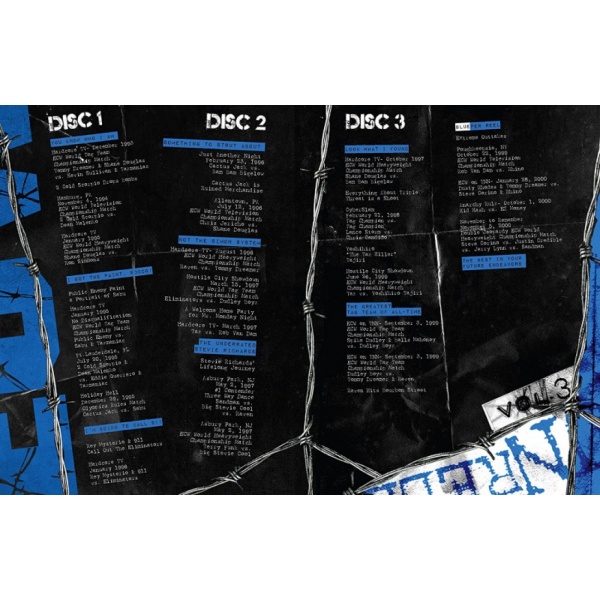 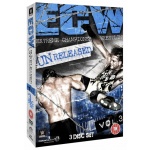 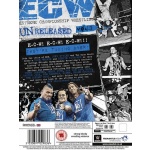 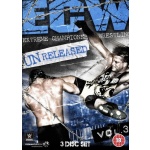 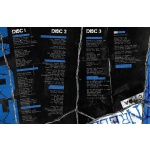 Join the voice of ECW, Joey Styles and The Blue World Order’s Blue Meanie and Stevie Richards as they go through Extreme Championship Wrestling’s hardcore history to bring you hidden gems that have never before been released on home video! Witness extreme matches and moments featuring ECW originals like Tommy Dreamer, Terry Funk, Rob Van Dam, Sabu, Cactus Jack, The Sandman, Raven, Shane Douglas, The Dudley Boyz, and more! Relive the revolution and enter the land of the extreme at your own risk with ECW Unreleased Volume 3!