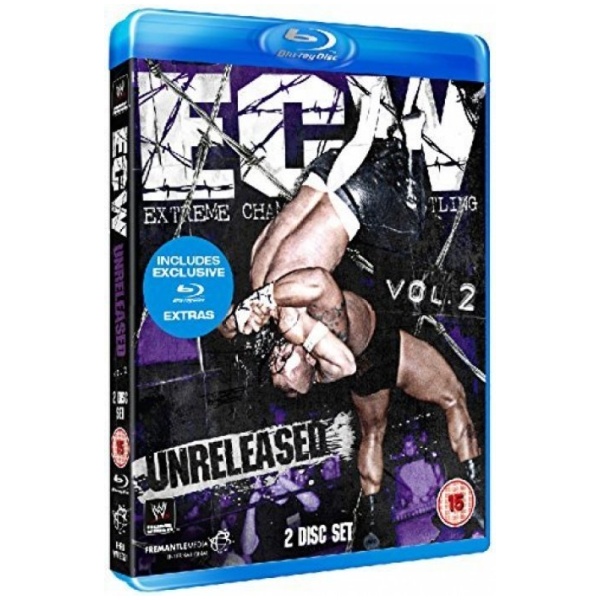 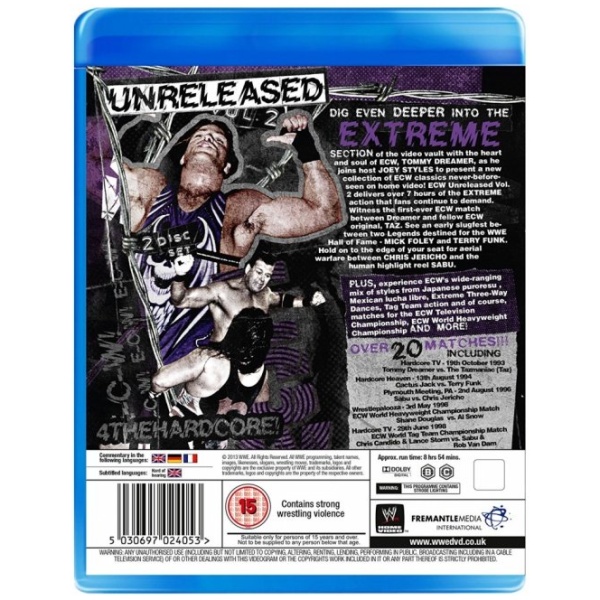 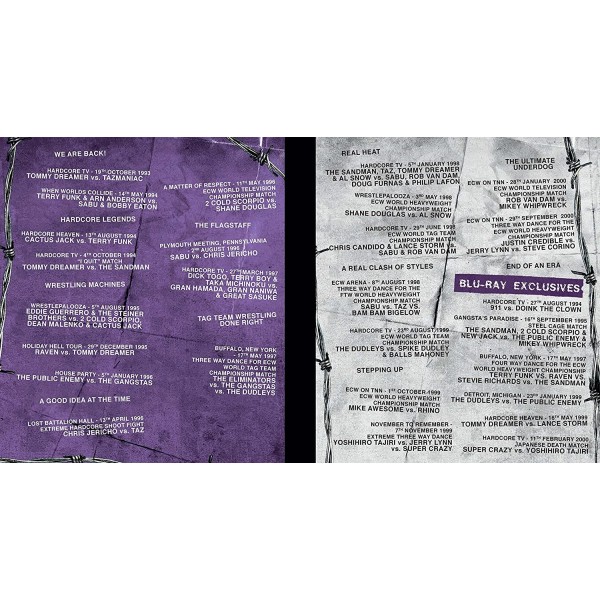 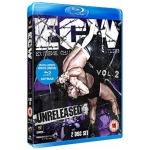 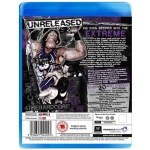 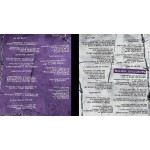 Following the success of ECW Unreleased Vol 1, WWE delves even deeper into the ECW archives, delivering even more hardcore action that fans continue to demand. The voice of ECW, Joey Styles, returns to call the action as only he can for over 7 hours of previously unreleased ECW classics. From ECW stalwarts to WWE Legends’ stints on the hardcore circuit, this compilation is a must have for the hardcore aficionado. Several lost battles are presented, such as:  The first ECW match between Extreme Originals Tommy Dreamer and Tazz; WWE Hall of Famers Cactus Jack (Mick Foley) & Terry Funk squaring off;  Aerial warfare between Chris Jericho and Sabu; Matches for the ECW Championship, Japanese death matches and of course, Mexican lucha libre.