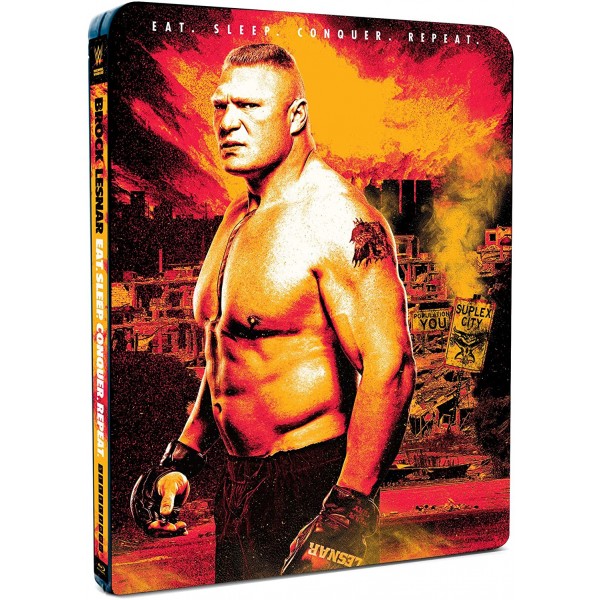 Since day one, Brock Lesnar has conquered every obstacle in his path of destruction. He has claimed championships, taken opponents to Suplex City, and put an end to Undertaker s undefeated WrestleMania streak. Witness Brock Lesnar s greatest matches and moments and see why he lives by the mantra of EAT. SLEEP. CONQUER. REPEAT. Featuring 14 of The Beast s biggest matches since his return to WWE in 2012, and classic (and previously unseen) matches from his original run with the company and his OVW tenure before it.