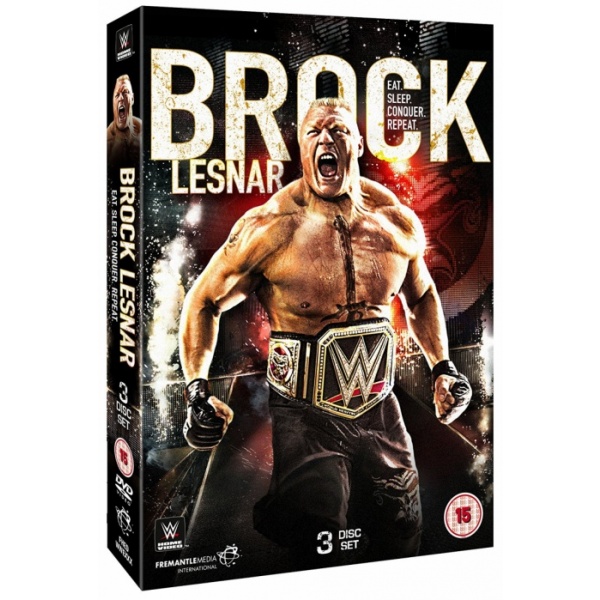 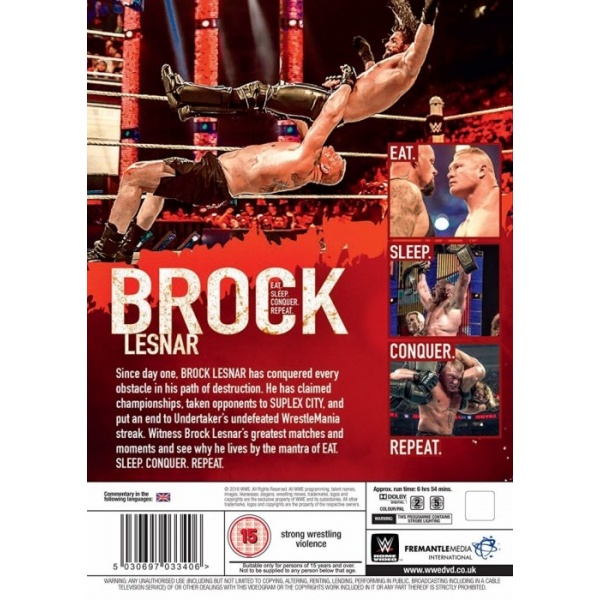 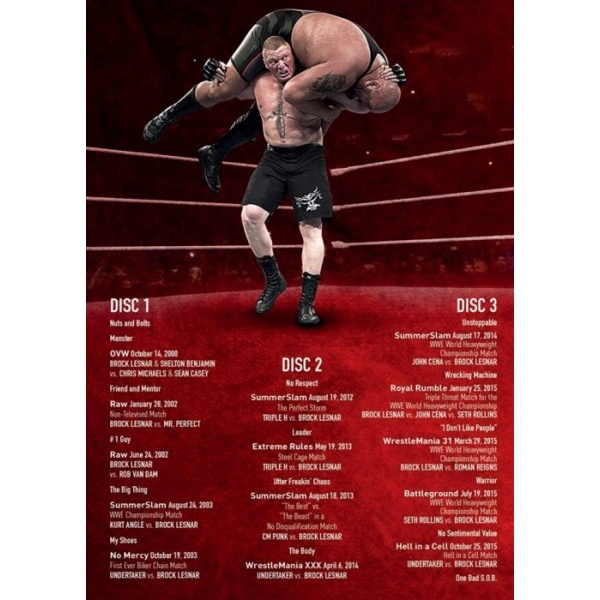 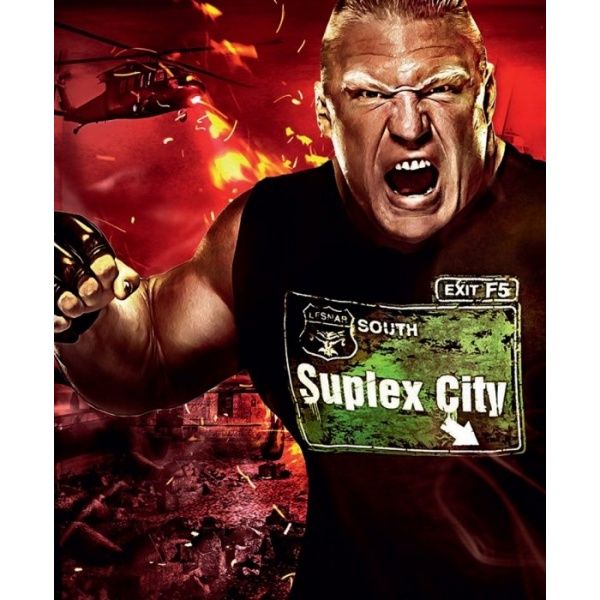 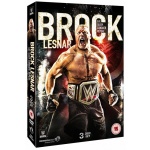 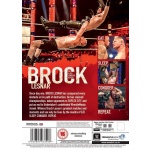 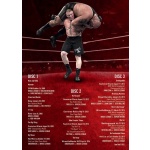 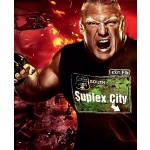 The new “Brock Lesnar – Eat. Sleep. Conquer. Repeat.” DVD compilation will feature 14 of “The Beast’s” biggest matches since his return to WWE in 2012, and will also present a few classic (and previously unseen) matches from his original run with the company and his OVW tenure before it.

Since day one, Brock Lesnar has conquered every obstacle in his path of destruction. He has claimed championships, taken opponents to Suplex City, and put an end to Undertaker’s undefeated WrestleMania streak. Witness Brock Lesnar’s greatest matches and moments and see why he lives by the mantra of EAT. SLEEP. CONQUER. REPEAT.