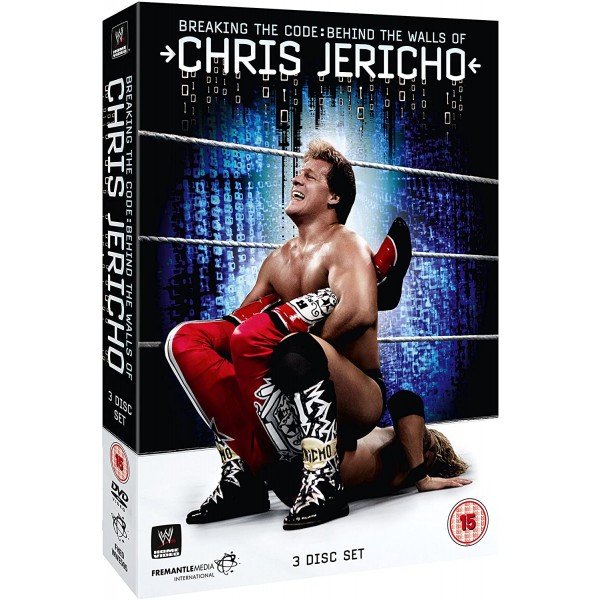 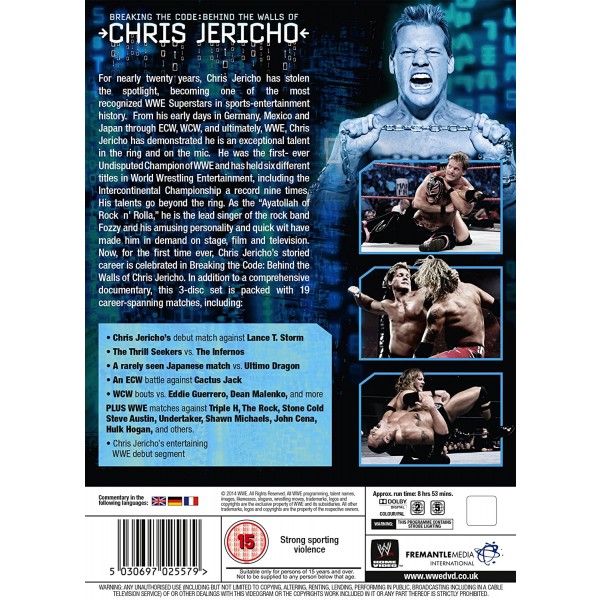 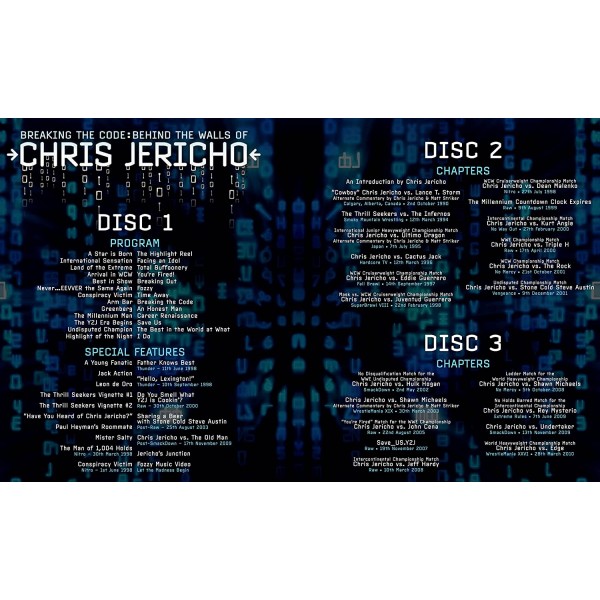 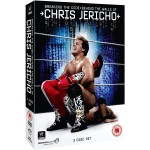 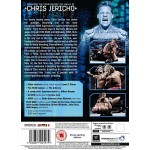 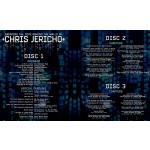 Breaking The Code: Behind The Walls Of Chris Jericho (DVD)

For nearly twenty years, Chris Jericho has stolen the spotlight, becoming one of the most recognized WWE Superstars in sports-entertainment history. From his early days in Germany, Mexico and Japan through ECW, WCW, and ultimately, WWE, Chris Jericho has demonstrated he is an exceptional talent in the ring and on the mic. He was the first- ever Undisputed Champion of WWE and has held six different titles in World Wrestling Entertainment, including the Intercontinental Championship a record nine times. His talents go beyond the ring. As the “Ayatollah of Rock n’ Rolla,” he is the lead singer of the rock band Fozzy and his amusing personality and quick wit have made him in demand on stage, film and television.

Now, for the first time ever, Chris Jericho’s storied career is celebrated in Breaking the Code: Behind the Walls of Chris Jericho. In addition to a comprehensive documentary, this 3-disc set is packed with 19 career-spanning matches, including:

The Thrill Seekers vs. The Infernos

An ECW battle against Cactus Jack

1 review for Breaking The Code: Behind The Walls Of Chris Jericho (DVD)