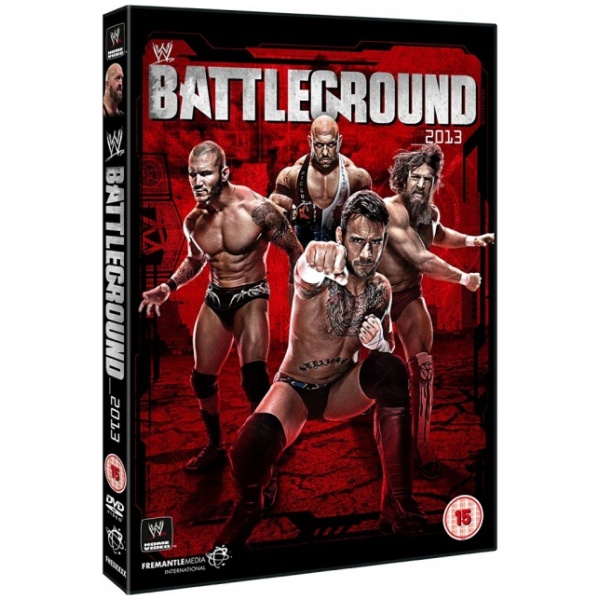 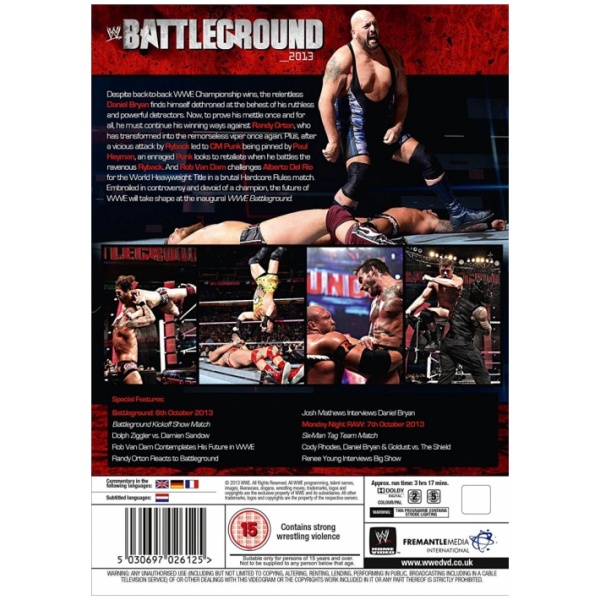 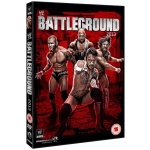 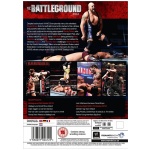 BATTLEGROUND 2013 features Daniel Bryan taking on Randy Orton for the vacant WWE Championship. After winning the WWE Title at SummerSlam and again at Night of Champions, can Bryan prove his powerful detractors wrong and make it three in a row when he takes on the chosen “face of WWE,” Randy Orton? Meanwhile CM Punk faces the latest opponent standing between himself and his former best friend Paul Heyman; the monstrous Ryback! Cody Rhodes & Goldust look to not only regain their jobs but also save their father’s, when they battle WWE Tag Team Champions Seth Rollins & Roman Reigns!

Plus Alberto Del Rio defends the World Heavyweight Championship against Rob Van Dam, AJ Lee faces Brie Bella with the Divas Championship on the line, and much more!

Santino Marella & The Great Khali vs. The Real Americans