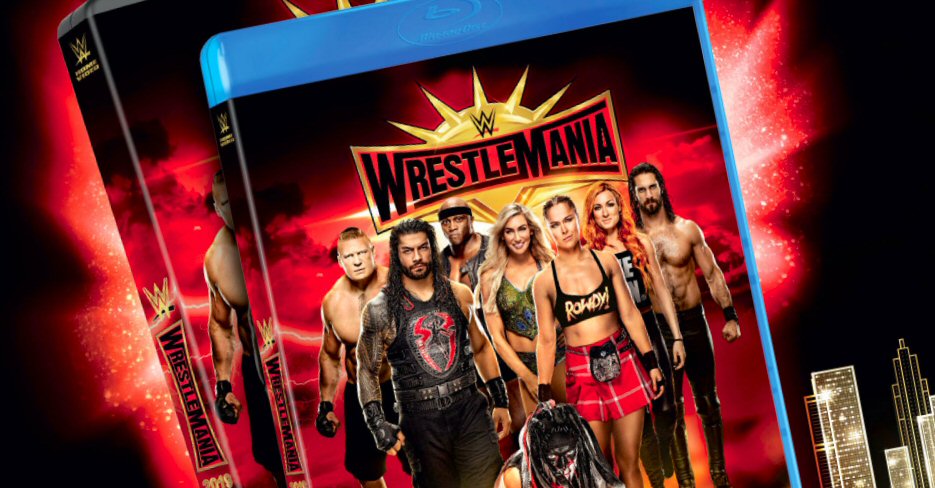 WrestleMania has been the pinnacle of wrestling shows for 35 years. It is the biggest night of the year for pro-wrestling and sports-entertainment. It’s huge. It keeps getting bigger and bigger, and in 2019 we saw the 35th WrestleMania event, live from MetLife Stadium in the shadows of New York City.

This will go down as an incredibly memorable and important show in the history books of wrestling for a number of reasons. The biggest reason, it must be said, is the fact that WWE promoted women to the main event match of WrestleMania for the first time ever. Three women closing the show. What a thing. What a moment. Aside from that, we saw important happenings involving Kofi Kingston in his match for the WWE Championship against Daniel Bryan, and one of the workhorses of WWE for the last few years, Seth Rollins, opening the show against the Universal Champ, Brock Lesnar.

There’s a lot going on here, and it is a long, long show. I watched it live, and had a blast, and I had just as much fun watching it back on this terrific, beautiful looking blu-ray release. Wrestling never looked so good. For many hours we saw some of the best talent in the wrestling business do their thing in the ring, and it was an excellent event.

The matches that stood out to me were the aforementioned title matches between Bryan and Kofi and Brock and Seth, as well as the main event RAW and SmackDown Women’s Title match between Ronda Rousey, Charlotte Flair and “The Man” Becky Lynch. Aside from those big marquee bouts, there were some other high points going on here. The brawl between Shane McMahon and The Miz was fantastically entertaining as the two men battered one another all over the stadium. The Womens Tag Team Titles debuted at WrestleMania in a fun and memorable four-way match between champs Bayley and Sasha Banks and challengers, The Iiconics, Nia Jax & Tamina and Beth Phoenix & Natalya. Batista also had an enjoyable slobberknocker with Triple H, showing that the two legends and future Hall of Famers have plenty left in their tanks.

It wasn’t a show of “one of two highs” but instead featured plenty to love. It also had those much-needed memorable “moments” that are much spoken about in the world of wrestling and WWE. A “WrestleMania Moment” is a thing that workers strive for. A moment in time, at the biggest event of all time, that people will remember forever. This show had plenty of those, and I always enjoy seeing them happen. As a long-time fan of this, seeing such talented superstars living their dreams and doing something special on a big stage is awesome. It takes me back to the days of watching Randy Savage and Bret Hart making their own moments last forever.

This blu-ray also features an extra disc featuring the incredible NXT TakeOver New York event that also took place over WrestleMania weekend in 2019. An absolutely astonishing wrestling show, this featured spectacular matches between the likes of Johnny Gargano and Adam Cole, and The War Raiders and Ricochet & Aleister Black. An unmissable WWE show, for sure. It was a really nice addition to an already fabulous release.

If you’re a fan, or if you want to dip your toes into wrestling, this is a must. What a treat. 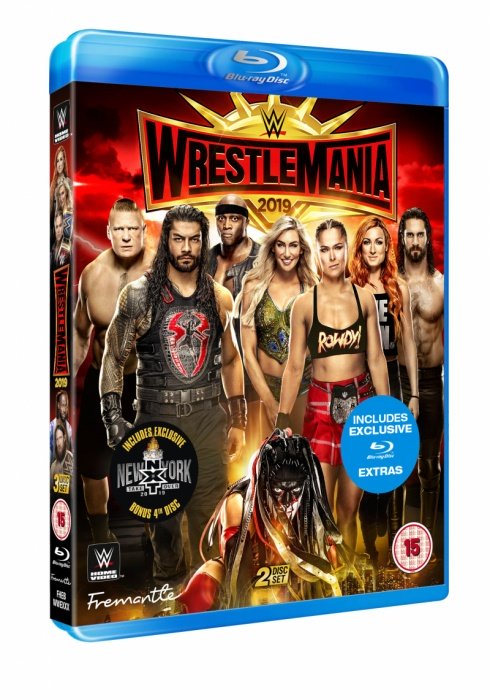