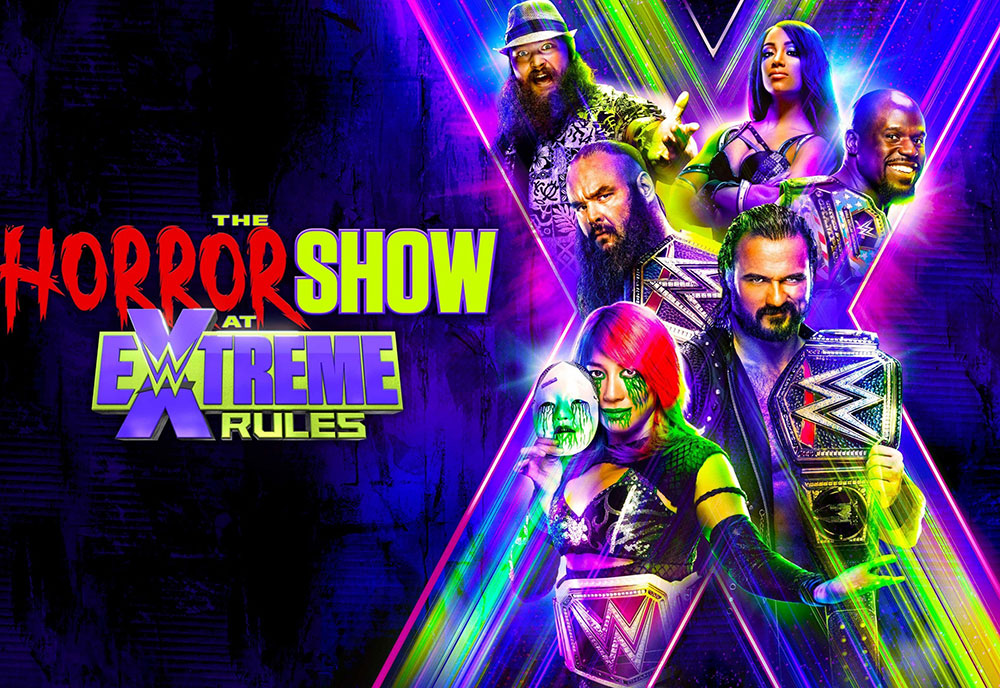 Extreme Rules is always an interesting night in the WWE calendar year, but in 2020 things got a little bit more extreme when the addition of the term “horror show” was added. This event has plenty going on and as someone who has watched it already back when it aired, I enjoyed re-visiting the event in its entirety.

The tag team match between The New Day and the tandem of Cesaro and Shinsuke Nakamura is a fun one, and shows that these two teams can have chemistry with everybody. They’re so talented, and though the match only lasts ten minutes, it is ten enjoyable and entertaining minutes that are worth your time. Bayley and Nikki Cross face-off in a twelve minute scrap that I thought was a blast, also. Bayley is a wonderful villain (as she was a wonderful babyface) and seeing her in this role against the very underrated Nikki Cross is great stuff. A back and forth and strong showing from both superstars once more.

The highly-hyped and talked about “Eye for an Eye Match” between Rey Mysterio and Seth Rollins is an oddity that fits well with the “Horror Show” theme of the Pay Per View. The match itself is really really good, and it was always going to be. Rollins and Mysterio are two fantastic wrestlers, and their ability to tell a classic good versus bad tale is impeccable. This feud has been one of the most enjoyable in WWE over the past year. The twenty-minute bout between Asuka and Sasha Banks over the Raw Women’s Title is fantastic. Two of the best talents in the world, these two women kicked, slammed, punched, chopped and suplexed each other across the squared-circle for a long time in a fantastically riveting example of wonderful wrestling.

The two main matches on this card were, firstly, the WWE Championship battle between Drew McIntyre, the Champion, and Dolph Ziggler, the challenger. This was a solid defence for Drew, who famously won the title at WrestleMania 36 in April. Dolph is a Hall of Fame level talent and he was a perfect early contender for the new champ. The other main event was the Universal Title match between Bray Wyatt and Braun Strowman, only this wasn’t a normal match, it was a Wyatt Swamp Fight. This cinematic storyline match was what “The Horror Show” part of this show was all about. It was over-the-top, bizarre, creepy, funny and odd… all the things we’ve come to expect from Bray Wyatt and The Fiend in WWE.

Extreme Rules 2020 and all of the horror it contains is a really entertaining event, packed with strong matches and engaging moments. Whatever it is you look for in your WWE, there’s something here you will enjoy, that’s for sure. 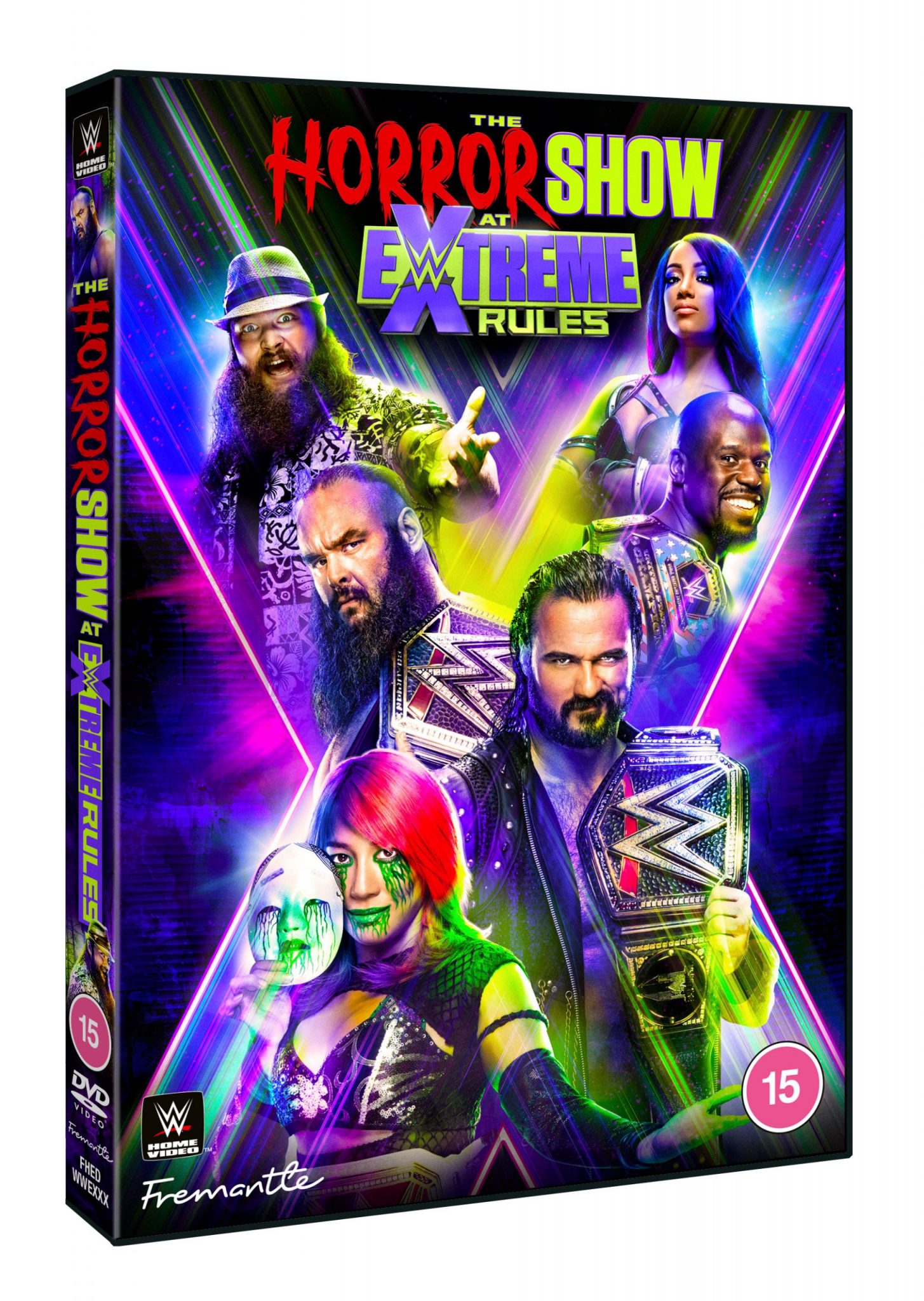 On the night where WWE throws the rulebook out of the window, Braun Strowman and Bray Wyatt follow the buzzards to murky alligator-infested waters for the first-ever Wyatt Swamp Fight! WWE Woman’s Tag Team Champion Sasha Banks looks to add the RAW Women’s Championship to her gold collection when she challenges ‘The Empress of Tomorrow’ Asuka. WWE Champion Drew McIntyre defends Claymore Country in an Extreme Rules battle against former friend Dolph Ziggler. Rey Mysterio and Seth Rollins settle their long-standing grudge in an Eye for an Eye Match, a contest so brutal that the combatants must extract their opponent’s eyeball to win. Watch at the Superstars of RAW and SmackDown TURN UP THE CARNAGE DURING THE HORROR SHOW AT EXTREME RULES.