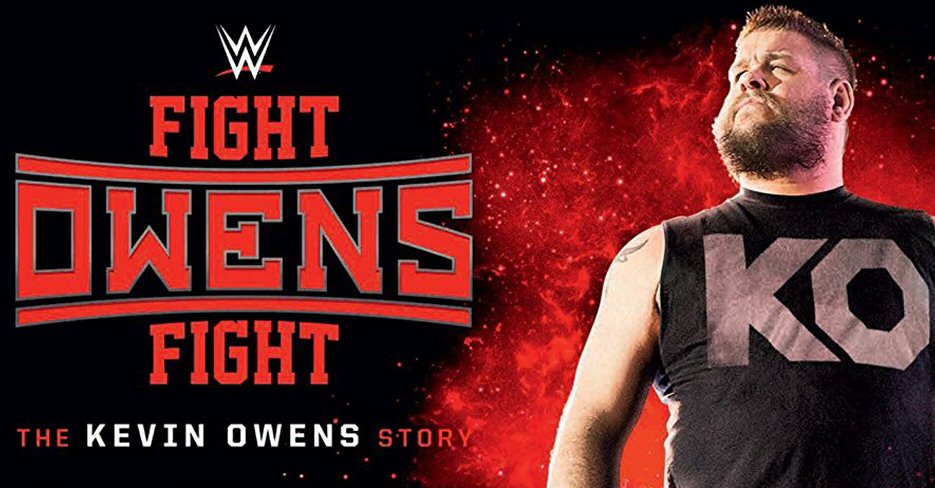 Kevin Owens is one of my go-to wrestlers to watch these days. Since his debut in NXT in 2014 I’ve been a K-O fan. I knew of his run on the indies as Kevin Steen, but admit to not really seeing much of his stuff until he signed with WWE. He’s become an all-time favourite for me.

This release, Fight Owens Fight – The Kevin Owens Story, is a fantastic one, featuring a wonderful documentary, a bunch of special features, and a nice selection of matches from Owens’ WWE career. One of my favourite things WWE do when it comes to DVD releases is the documentary sets on specific performers, and I was obviously excited that Kevin Owens got one.

The documentary portion is excellent, as we hear Kevin’s story of his childhood, his pre-WWE days, his growth as a performer on an independent level, his eventual signing with WWE, his debut in NXT and his success as a WWE Superstar across all WWE brands since. It’s a fantastic and inspirational story, and one that I had an absolute blast hearing bout.  It was nice to see Kevin Steen’s career, prior to his days in WWE as Kevin Owens, being given it’s just-due, also. Hearing stories and seeing clips from his days on the indies was both surprising and very enjoyable. Many of Kevin’s peers from his career offer their thoughts, opinions and memories at relevant times, which all goes to create this idea of who Kevin is as a performer and as a man outside of the ring. The thing I love about these in-depth releases is that we get to learn a little more about the person behind the character we see on television, and this release offers plenty of behind-the-scenes footage and stories to quench the thirst of any K-O fan. Just brilliant.

The features range from stories about Kevin’s ring-name, wrestlers he’s worked with and even his tattoos. It all adds that little something else and makes for some interesting bits of information at the side of the main documentary.

The selection of matches is nice, too. I was pleased that Owens’ NXT debut match against CJ Parker from NXT R-Evolution was present, and his NXT Title match against real-life best friend Sami Zayn. There are other matches with Sami on here too, which I was happy about. Kevin and Sami have an incredible in-ring and out-of-ring chemistry that is rare in pro-wrestling, so when they get in the ring we’re usually in for something special. Some of those special moments are on this set. We also see matches with the likes of John Cena, Chris Jericho, Dean Ambrose, Dolph Ziggler, Neville, Seth Rollins and Roman Reigns (the latter two on the Blu-ray release as exclusives). It’s a fantastic array of contests from one of the best wrestlers in modern-day WWE, and one of the most entertaining to boot.

If you’re a WWE fan, a pro-wrestling fan, or a Kevin Owens (Steen) fan, then you should do yourself a big favour and pick up a copy of this release. I’ve seen dozens of bio-releases over the years, ranging from Steve Austin to The Rock to Mick Foley to Triple H, and as much as I’ve enjoyed each of them, this one sits among them, and perhaps above them, as far as quality. A vital release for fans, and an excellent compilation of just how good Kevin Owens is. Awesome. 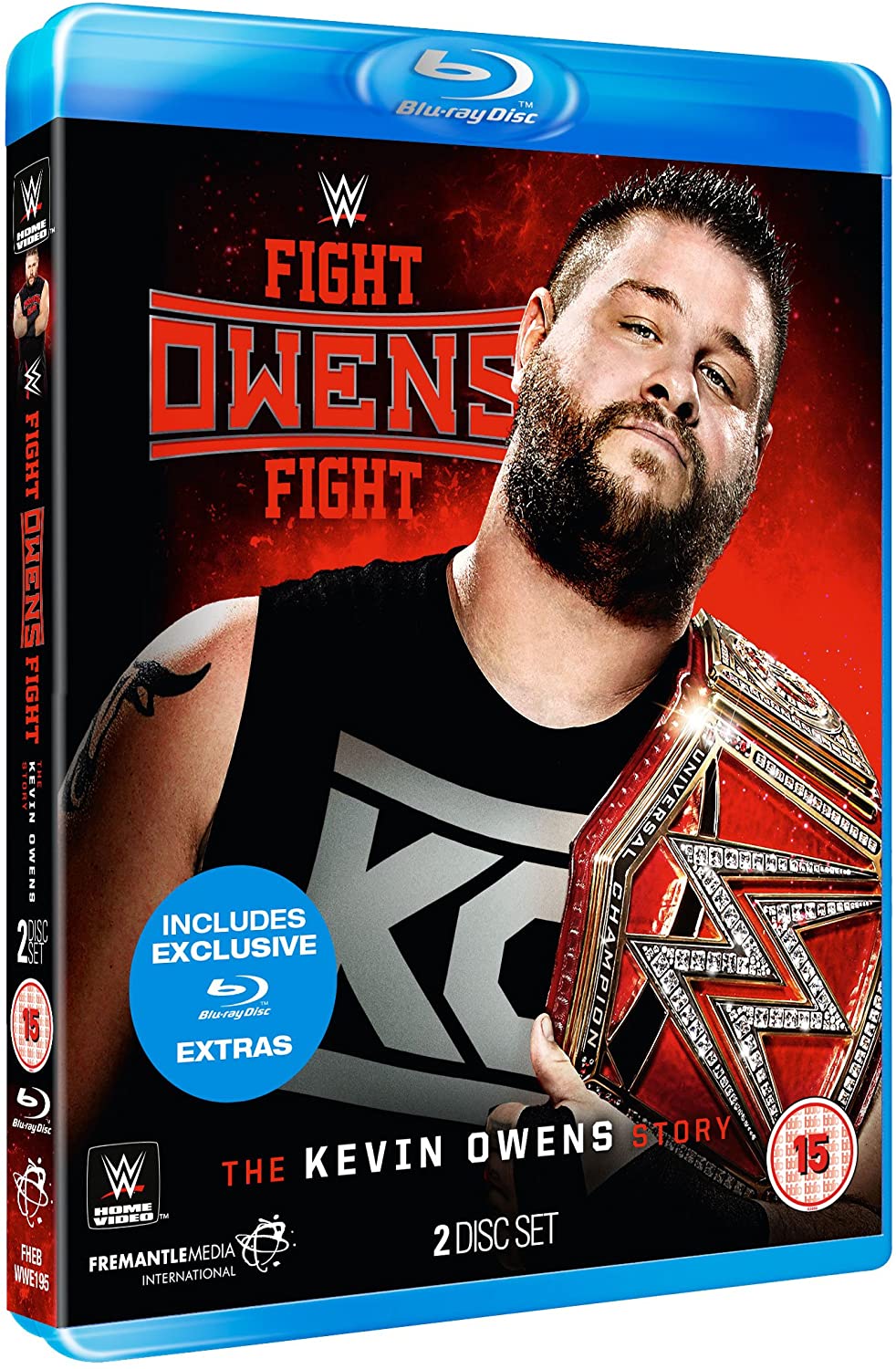 For the first time ever, WWE Home Video takes you through the journey of Kevin Owens and his fight to get to the top of WWE. Hear from ‘The Prizefighter’ himself as he talks about his career on the independent scene, getting to NXT, and his road to becoming the WWE Universal Champion. Welcome to The Kevin Owens Show!