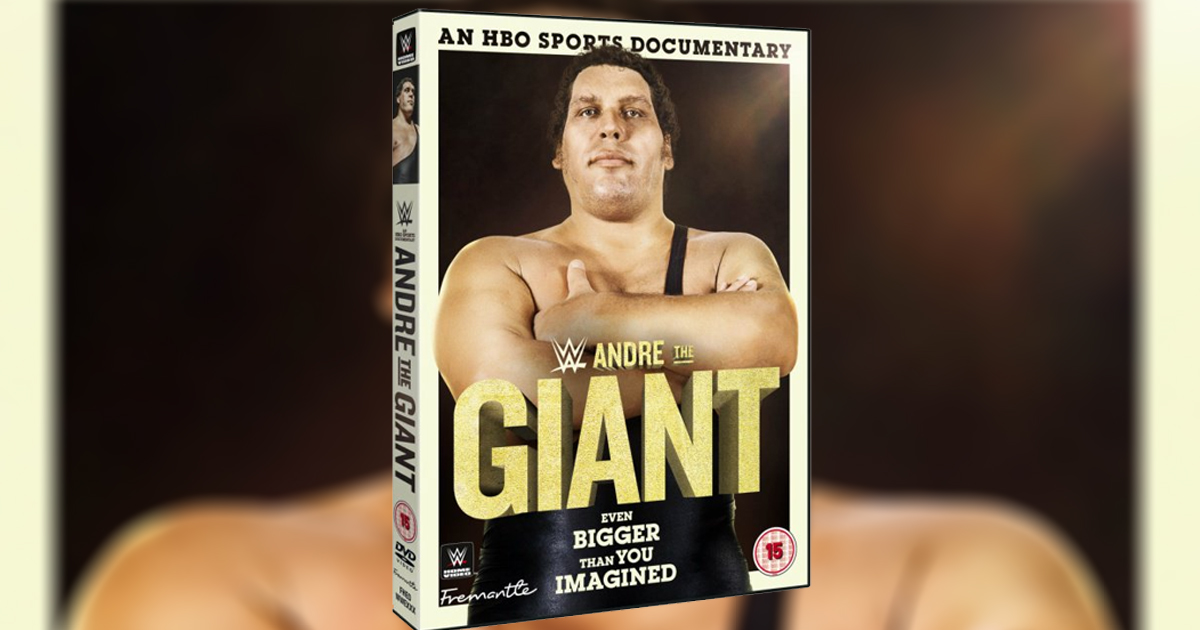 So, being on this website it would be rather obvious to say this but I’m a big fan of professional wrestling. The wacky world of singlets, lariats and powerbombs has been a big part of my life for over 26 years. My passion for pro-wrestling has stuck with me through the years. When I first started watching it was pretty obvious who were the top tier superstars in the business. The larger than life, top of the card, front of the VHS cover guys. There was Hulk Hogan running wild. “Macho Man” Randy Savage taking the madness to the next level. The Ultimate Warrior running rampant through the competition. Of course, there was also Andre the Giant, the Eighth Wonder of the World. Back in 1992, when I personally began to watch wrestling, Andre was pretty much done as an in-ring performer, but his presence was still felt, the aftershock of his run was still making tremors that could be felt the business, the fans and the wrestlers he’d worked beside. He stopped wrestling at the beginning of the 90s due to his body breaking down, and sadly, he passed away in 1993, a year after my love-affair with pro-wrestling had started.

Andre truly was a giant. His size, obviously, warranted the moniker, but his massive impact on the wrestling business was gigantic too, and the way he, like not so many have done before and since, transcended the business to become a household name around the world gave good reason to call Andre Roussimoff, “The Giant”.

Andre’s career as a performer spanned across four decades, beginning in the 1960s and ending in the early 90s. He wrestled across Europe, Australia, Africa, New Zealand and Japan, before resting in Canada and eventually being signed by the WWF (now WWE) and having a huge career across North America. This was when Andre became the mega-star that he remains to this day, some 26 years after his death. A name synonymous with pro-wrestling as well as a name that became familiar to people who didn’t even watch his matches. Yep, Andre did what Hogan did in the 80s, and The Rock did in the 00s, and what John Cena is doing right now. He became a name that was known regardless of the wrestling industry.

His wrestling career was that of legend. Used as an attraction by promoters like Vince McMahon Sr and his son, Vince Jr, Andre was a larger than life superstar who would draw crowds across the States and the World. Beginning and ending his career as a popular good-guy, with a famous “heel” run in the middle, he carved out a legacy that lasts even now, all these years later. The footprints from the giants steps he’d made, can indeed, be seen now.

Andre’s name grew even larger with his work in the movie The Princess Bride, where Andre appeared as the giant known as Fezzik. A gentle role that Andre himself said he loved. It was a wonderful role, too, and the film holds a special part in the hearts of lots of people, a cult favourite that has a big fanbase. He also appeared in smaller television roles, in programs such as The Six Million Dollar Man, The Fall Guy and BJ & The Bear. It was Fezzik, though, who really helped to make Andre Roussimoff an even bigger star.

This documentary goes into all of these parts of his life, and much more on top of it. The life of Andre is fascinating and this ninety-minute documentary takes an enlightening look at the good and bad elements of it. His wrestling and acting career is delved into, with talking heads like Hulk Hogan, Ric Flair, Vince McMahon, Jerry Lawler and other relevant names giving their thoughts and memories of Andre. His former traveling partner and assistant, as well as former WWE referee, Tim White, talks warmly about his memories of his friend too. Those are some of the more emotional moments in the film. We hear about Andre’s difficulties that he encountered due to his size, and how difficult he found traveling to be. We hear tales of his legendary ability to drink a lot, with some pointing out that, joking-aside, he did it much of the time as a way to numb his increasing pain and discomfort.

There really is a lot going on here, but HBO do a really excellent job of not skimming over things too quickly. I mean, it’s 90 minutes of film, so that really isn’t that long to cover the life of someone like Andre, but they do it well, utilising the running time perfectly. Most of the things that you’d expect to be covered in the documentary are covered. The people who are interviewed are people who make sense, and most of them offer plenty of thoughtful and insightful comments and stories.. From the wrestling personalities who worked with Andre for a number of years, to the actors who worked with him in TV and film, to his family and friends. They do a beautiful job at presenting a well rounded snapshot film that is as emotional as it is engrossing.

In January of 1993, in a Paris hotel room, Andre Roussimoff sadly passed away. Found late in the day in his bed by the hotel manager, the strain on Andre’s heart had become too much for him. The documentary looks into this, though doesn’t spend too long on it which I feel was the right decision. The difficulties Andre dealt with due to his illnesses and his sheer size were plentiful. Its very tragic to hear these stories and find out that the glitz and glamour of show-business didn’t really help ease his pain. He was judged and laughed-at on the streets, he couldn’t hide behind a hat and a pair of sunglasses when he wanted to be  alone. He had to deal with it all in his own way. It must have been difficult. I have a real soft spot for wrestling documentaries. There have been some truly magnificent ones throughout the years, and this one certainly joins that list. A memorable and well-made film that shows a ton of respect to the man it tries to understand.

This DVD release is wonderful, because this is an unmissable documentary about a true professional wrestling legend. It features the documentary itself as well as a few matches with Andre, featuring Hulk Hogan, Big John Studd and a few others. Really, though, the reason to check this out is the documentary.  I urge you, wrestling-fan or otherwise, to seek it out and give it a shot. The life of a man, a myth, a legend, a true giant.

From HBO Sports, WWE, JMH Films and Ringer Films comes Andre The Giant, a documentary examining the life and career of one of the most beloved legends in WWE history. The ambitious, wide-ranging film explores Andre’s upbringing in France, his celebrated WWE career and his forays into the entertainment world. It includes interviews with Vince McMahon, Hulk Hogan, Ric Flair, Arnold Schwarzenegger, Billy Crystal, Rob Reiner, family members and more.

Plus includes some of Andre’s greatest WWE matches including the WrestleMania Body Slam Match against Big John Stud, the legendary encounter with Hulk Hogan at WrestleMania 3, and more!